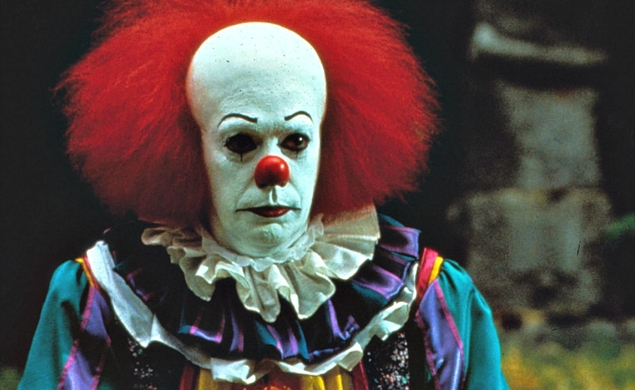 It is over. Or, perhaps more appropriately, It is over.

It seems as if there’s always one major story that breaks during a holiday weekend—remember last Memorial Day weekend, when Marvel released a statement announcing that director Edgar Wright had left Ant-Man? That was fun—and this holiday weekend was no different. While the rest of the country was busy sleeping in or cooking out (or some dangerous combination of the two), The Wrap was breaking news that director Cary Fukunaga had left his planned adaptation of It after he “clashed” with New Line, which recently picked the planned two-part film up from Warner Bros.

The outlet reports that Fukunaga “repeatedly clashed with the studio and did not want to compromise his artistic vision in the wake of budget cuts that were recently demanded by New Line, which greenlit the first film at $30 million. The situation came to a head over Memorial Day weekend, leading to Fukunaga’s abrupt exit from the ambitious project.”

Still worse, the project has now “been pushed indefinitely.”

Fukunaga’s vision for the feature has been mostly kept under wraps, but we do know that he was planning to make two movies out of the Stephen King classic: “The first would feature the protagonists as children, while the second would focus on the characters as adults.” Although the future of It seems to be very much in the air as of now, insiders believe that New Line might end up going with a significantly less ambitious one-film project once they find a new director.

The Wrap’s reportage features plenty of details about the demise of the project, including supposed issues with shooting locations, budget problems, and the possibility that New Line was “getting cold feet” after the lackluster weekend opening on the Poltergeist remake. (The Fox feature came in fourth this weekend, with an estimated take of $22.6 million, just a smidge over Avengers: Age Of Ultron, which is in its third week.)

The outlet also shares that budgetary issues “had been brewing for weeks, as Fukunaga discovered when he initially tried to cast Ben Mendelsohn as the titular villain.” (Per The Wrap, Mendelsohn passed on the film because New Line would have required he take a “sizable pay cut.”) Will Poulter was set to star in film as Pennywise the totally evil and terrifying clown earlier this month, casting which now seems to be all for naught.

No bold It feature? Now that is scary.