Robert De Niro to play insult comic in The Comedian 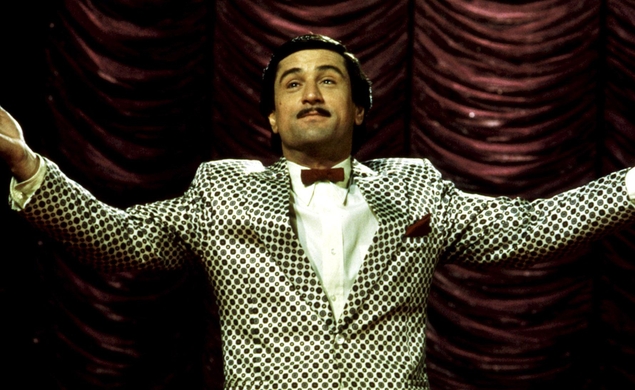 As actors go, Robert De Niro’s in a class all his own. In his string of seminal ’70s and ’80s performances, De Niro brought complexity and dark power to Travis Bickle, a young Vito Corleone, Michael Vronsky, and Jake LaMotta. As one millennium slid into the next, however, De Niro scored a pair of unlikely smash comedic roles with Analyze This and Meet The Parents. De Niro generated plenty of laughs as Rupert Pupkin in 1983’s The King Of Comedy, but that film is really more of a dark psychodrama wearing the cheap suit of a struggling stand-up comedian. De Niro showed true comic instincts with his early forays into humor, though the years that followed would find him slumming it far beneath his station in some deeply regrettable studio comedies. (His creation would later turn on him, Frankenstein-style, when Meet The Parents begat Meet The Fockers.)

As such, Deadline’s announcement of a new comedy starring Robert De Niro gives fans pause. Fresh memories of old-people action-comedy Last Vegas triggers a knee-jerk resistance to the notion of Bob fishing for laughs, but the actor’s freshest project, The Comedian, sounds like it has a bit more going on. In the film, De Niro will play an insult comic in the style of Don Rickles, with the in-film material arriving courtesy of Roastmaster General Jeffrey Ross, a fixture at good-natured insult-a-thons at the Friars Club and Comedy Central. Mike Newell will direct, and though he’s recently trudged through some big-budget busts (remember the Prince Of Persia movie, starring appropriately swarthy Middle Eastern actor Jake Gyllenhaal?), he was at one point the mind behind the quite funny Four Weddings And A Funeral.

Plot details are scarce at the present time. What The Comedian will do with De Niro’s venom-spitting funnyman has yet to be revealed, permitting us to play another round of everyone’s favorite game show, Unfounded Speculation A Go-Go! Judging from the fact that The Comedian was written by Art Linson, former scribe of off-beat showbiz satire What Just Happened (another De Niro picture), we can safely assume the humor won’t be painfully broad. I foresee a hardened man, a man concealing years of gooey pain beneath a candy shell of sarcasm. All things considered, this could be a nice change of pace for ol’ Bobby De Niro.