Marjane Satrapi set to adapt international bestseller for her next project 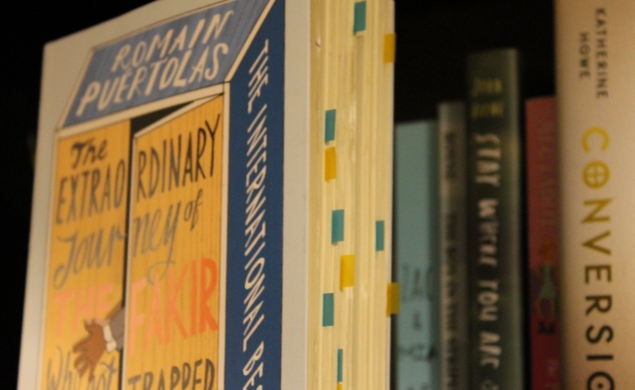 Iranian graphic novelist turned filmmaker Marjane Satrapi has come a long way since her autobiographical Persepolis first wowed readers in 2000. In 2003, an English-language translation followed the rapturously received French debut, and a celebrated animated film adaptation came in 2007. The film’s alternately beautiful and terrible visuals, rendered in evocative black and white, profiled a memorable young woman entering a state of flux along with her politically turbulent homeland. Satrapi and her co-director Vincent Paronnaud earned an Academy Award nomination for Best Animated Feature, and though they lost the prize to Ratatouille, it opened the door for Satrapi to explore further work in the world of cinema.

For her first foray into live-action, Satrapi adapted another of her graphic novels, the moody and lovely Chicken With Plums. After a little-seen crime comedy The Gang Of The Jotas, Satrapi broke into English-language cinema with this year’s gleefully deranged The Voices. Any woman who possesses the stainless-steel ovaries necessary to cast Ryan Reynolds as a sweet, lonely guy who murders women because a cute kitty and puppy tell him to merits close attention. And the latest news out of Cannes indicates that Satrapi’s readying another odd, delightful project.

Earlier today, Variety broke the news that Satrapi’s next film will be an adaptation of The Extraordinary Journey Of The Fakir Who Got Trapped In An IKEA Wardrobe, the new novel from Romain Puertolas. Though only released earlier this year, Puertolas’ novel has already achieved massive success and international popularity, selling in 36 different countries. The titular fakir—a Muslim who has renounced all of his worldly possessions, living entirely on the generosity of others—embarks upon a wild adventure that takes him from New Delhi all the way to France. There, he falls in love with a beautiful Parisian woman before getting himself deported to the most far-flung corners of Europe with a band of African refugees.

In a quote to Variety, Satrapi explained that “this movie will touch on immigration, but as always, in a light and humorous way… It’s a story about love, magic and adventure and it takes place across three continents. I’m drawn to fantasy stories and I love creating worlds that don’t exist, imagining things in bigger and more beautiful ways because reality bores me.” I hear that. Reality is super-boring.

By all accounts, the picture (and let’s get someone on coining a graceful, abbreviated way to refer to the film —TEJOTFWGTIAIW doesn’t exactly roll off the tongue) will be another curious entry from a rising voice in world cinema. Satrapi’s devilish sense of humor and penchant for visual rapture should serve the material well.