Criterion’s August picks are all about the auteurs, from Truffaut to De Palma 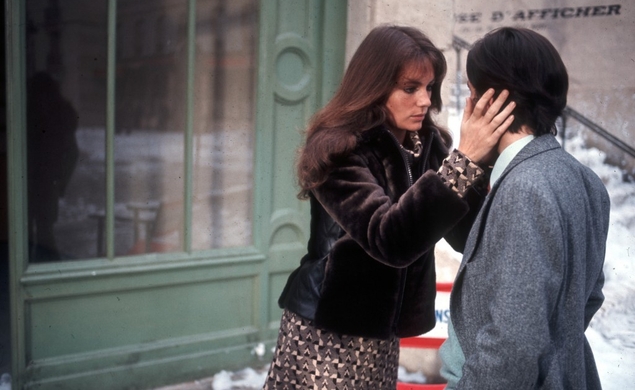 The Criterion Collection is concerned with moviemaking—clearly—but that obsession and interest is on full display with the restorations house’s August slate, thanks to the first of two new picks to come down the Internet pipeline: Karel Reisz’s The French Lieutenant’s Woman and François Truffaut’s Day For Night, movies about movies (and more, but also movies). Criterion’s selections for August are typically preoccupied with bringing the work of some of our best auteurs (past and present) to the fore, thanks to other options like Brian De Palma’s Dressed To Kill and the Dardenne Brothers’ Marion Cotillard-starring Two Days, One Night, which celebrates its one-year Cannes-versary tomorrow. Along with a new Eclipse set dedicated to Agnès Varda, August looks to be one of Criterion’s most daringly rich months ever.

On August 4, Jules Dassin’s Richard Widmark-starring Night And The City arrives on both Blu-ray and DVD. The black and white feature is packed with all the standard noir elements—baddies, big ambition, horrible schemes—but it’s elevated by Dassin’s assured direction and a pair of wonderful performances by Widmark and Gene Tierney. Not only is the film new to the collection, but its Blu-ray edition will mark the first time the noir has been available in the format in the U.S. The special edition also features an “alternate presentation” of the 101-minute British version (the version available here is 95 minutes), an interview with Dassin, and a score comparison between the British and American editions.

A week later, John Fowles’ “unfilmable” novel, The French Lieutenant’s Woman, arrives on both DVD and Blu-ray, thanks to the skill of director Karel Reisz, screenwriter Harold Pinter, and cinematographer Freddie Francis. Meryl Streep and Jeremy Irons are there, too. The 1981 features centers on a pair of love stories—both starring Streep and Irons—that cross and intersect in strange and unexpected ways. Ostensibly focused on the production of a film (uh, The French Lieutenant’s Woman, Pinter’s clever screenplay pulls from Fowles’ novel and then adds in a post-modern twist), Reisz’z film depicts both the behind-the-scenes romance of Streep and Iron’s actor characters and the on-screen period romance they’re portraying. It works. The new restoration features a variety of interviews.

Later in the month, Truffaut’s also film-focused Day For Night arrives, hitting shelves on August 18. The 1973 feature is new to the collection and features Truffaut himself playing a beleaguered director—ha!—attempting to make an over-the-top melodrama starring a nutty actor and a dominant actress. The film will be available on both DVD and Blu-ray, complete with a fresh digital restoration, a ton of archival interviews, and a 2003 documentary on the film.

Also arriving on August 18, De Palma’s Dressed To Kill hits Blu-ray and DVD for the collection. The thriller, centered on the murder of Manhattan woman and the people who try to solve it, is both very scary and vaguely amusing. It also packs an incredible cast, from Angie Dickinson to Michael Caine. The De Palma-approved new special edition includes a restoration of the director’s “preferred” unrated version, new interviews, and video pieces that illuminate what was changed in order to avoid a dreaded X rating.

On August 25, the Dardennes’ Two Days, One Night makes a swift appearance on the Criterion rolls, thanks to both fresh Blu-ray and DVD editions. The film features one of Marion Cotillard’s most stirring performances yet, and the only problem that comes with watching it is that it will likely send you into a rage that she wasn’t lauded for it more during the 2014 awards season. Approved by the brothers, the new editions come complete with interviews, a tour of the film’s locations with the Dardennes, and their 1979 documentary When Léon M.’s Boat Went Down The Meuse For The First Time.

Criterion also offers up a new Eclipse set on August 11, a DVD edition focused on French filmmaker Agnès Varda. Get to know Varda’s provocative and bold works with the set, which focuses on her time spent living and creating in California. Agnès Varda In California features two short documentaries (“Uncle Yanco” and “Black Panthers”), the highly meta Los Angeles-set Lions Love (…And Lies), and a longer pair of documentaries from 1980 and 1981 (Murs Murs and Documenteur).