The Age of Cage continues: Nicolas Cage signs on for another new project 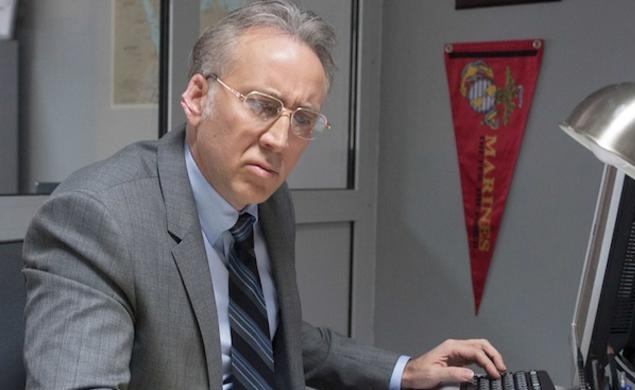 Are we entering a new Golden Age of Nicolas Cage? A Cage Age? An Age of Cage? (It should probably also be a Silver Age of Cage, if we are being honest.)

Hot on the heels of the news that Nicolas Cage will star in Mike Figgis’ Exit 147, which we have already gone ahead and crowned “the next great Nicolas Cage film,” comes word that the Cage-r has yet another new project lined up, and this one sounds pretty great, too.

ComingSoon reports that Cage will star in Dog Eat Dog for Arclight Films and Pure Dopamine, a new feature based on the Eddie Bunker book of the same name. The film will also serve as something as reunion, as Cage’s Dying Of The Light director Paul Schrader is also attached to helm the feature. The pair recently worked together on the embattled Dying, which Schrader and Cage (alongside star Anton Yelchin and executive producer Nicolas Winding Refn) quite memorably disavowed back in October, complete with natty T-shirts and a social media campaign. Here’s hoping their new venture goes a bit more smoothly.

The new film is described as “a gritty contemporary crime thriller about a trio of ex-cons, deep in the underbelly of Los Angeles, who are hired for a kidnapping. When the botched abduction goes awry and gets completely out of control, the cons find themselves on the run, vowing to stay out of prison at all costs.”

The very colorful (and that’s putting it mildly) Bunker penned screenplays for features like Runaway Train, Straight Time, and Animal Factory (the latter two of which he adapted from his own novels), and also appeared as an actor in films like The Running Man, Reservoir Dogs, and Tango & Cash. Dog Eat Dog will be the third Bunker book to be adapted for the big screen, and the first to come without an author-penned script. Bunker passed away in 2005.

Dog Eat Dog will start filming in October of this year.