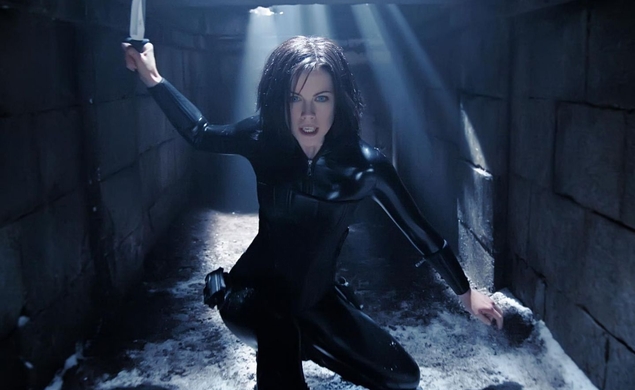 The Underworld franchise just won’t die! (Snicker, snicker, guffaw.) The Kate Beckinsale-starring series has so far spawned four films over more than a decade, time-spanning and leather-clad action-horror outings about the appropriately endless war between vampires and werewolves (here called “lycans,” because “werewolves” is derogatory).

Truth be told, there isn’t another contemporary action franchise—and this includes the Resident Evil series, another one that just keeps going—that I enjoy reading about more on Wikipedia than I do the Underworld franchise. This is not a dig: I haven’t seen the last three Underworlds, but they keep making them and, for some reason, I’m compelled to keep up with the mythology. At this point, all I can report is that it’s moved on to the next generation, but that’s something!

Rumors about a fifth Underworld feature have been floating around since April of last year, when screenwriter Cory Goodman was brought on board to pen what sort of sounded like a reboot. Turns out, Goodman’s film is getting made, but it’s not the kind of reboot we’re used to, mainly because Beckinsale is back for more, ensuring that we’re in for at least some continuing mythology. (To the Wikipedia!)

The Hollywood Reporter shares that Beckinsale will return for the new film, which is currently without an official title, though it has been rumored to be titled Underworld: Generations or Underworld: Next Generation at various points, which makes me think of Star Trek, and thus makes me happy.

Theo James will also co-star in the film, literally because he has to. (Per THR, “Theo James, who appeared briefly in 2012’s Underworld: Awakening, is attached to reprise his character as he fulfills an option agreement.”) James previously played David, a kind-hearted vampire who helps Beckinsale’s Selene on a quest to free her daughter from an evil corporation (hello, where is our Resident Evil crossover?) and defrost her vampire-lover boyfriend Michael (Scott Speedman) from a cryogenic sleep.

Anywho! The film will also be directed by Anna Foerster, the first female director to take the reins on the franchise. Foerster, billed as “Roland Emmerich’s right-hand woman as the director of photography on such movies as The Day After Tomorrow and White House Down,” was recently attached to direct another pair of features: Source Code 2 and Secret Hunter. As this new Underworld is set to start filming in October, it will likely mark her feature debut. It’s a bloody good start.