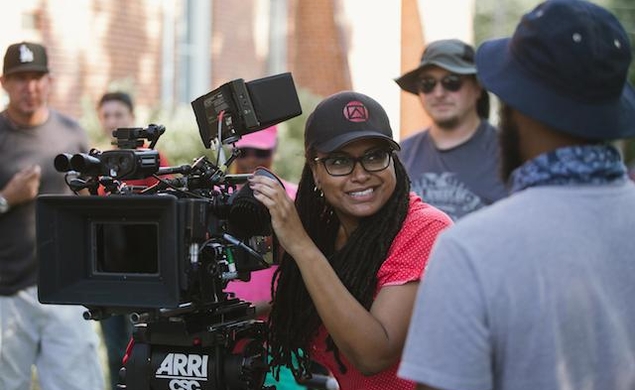 The Wrap reports that DuVernay is “being eyed” to direct an upcoming Marvel movie—specifically, one of the Marvel Cinematic Universe’s “diverse superhero movies”—for the box office behemoth. The outlet shares that “Marvel has had discussions with DuVernay about taking the reins of one of its marquee comic book properties and while the studio is considering other directors, there is mutual interest in having her join the MCU.”

The outlet reports that the studio “is courting” (do you think Marvel has taken her out for ice cream and shyly tried to hold her hand yet? so sweet) DuVernay to possibly make an MCU film like Black Panther or Captain Marvel, which are both due to hit theaters in 2018, though “insiders suggest that Black Panther…is the most likely possibility.”

Moreover, “insiders told The Wrap that Marvel is intent on hiring an African-American director for Black Panther and a female filmmaker for Captain Marvel.” Although their commitment to diversifying their directorial portfolio is a fine thing, pigeonholing creative talent based on their gender or the color of their skin and how it relates to the character on screen is kind of a flimsy way to do it. It’s not true diversity. Marvel has long struggled to hire a female director for one of its features—Patty Jenkins (who is now directing Wonder Woman for DC and Warner Bros.) was hired for their Thor: The Dark World before dropping out because of the catch-all “creative differences”—but DuVernay would be a major step forward in terms of her own “diversity” and talent (the woman did direct an Oscar-nominated movie, so...).

DuVernay has yet to line up a post-Selma feature (she’s currently working on a pair of new television series, Queen Sugar and For Justice, the latter of which was recently not picked up by CBS), so purely in terms of scheduling, the move could make sense. But is this what DuVernay wants? As The Wrap reminds us, DuVernay’s varied career has allowed her to work in a wide variety of film fields, and when she was a publicist, she completed “promotional services” for Spider-Man 2, a tenuous connection to the genre, but an interesting one nonetheless. DuVernay is a passionate and outspoken filmmaker who is committed to diversity and raising up new talents, and whichever film she takes on next will benefit from her verve and skill. If Marvel wants her, they are the ones who need to prove it.

DuVernay, who is consistently active on Twitter, has yet to comment on the news in that space (or elsewhere).