The Fugitive may run again 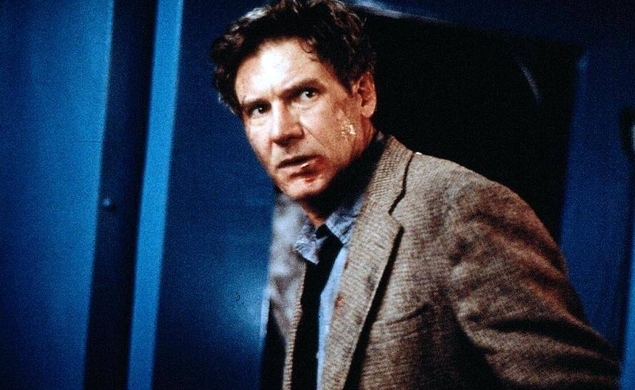 Is there any Harrison Ford movie currently not slated for a sequel or a remake? After starring in the belated Indiana Jones entry Indiana Jones And The Kingdom Of The Crystal Skull, Ford has signed on for a new Star Wars movie, and a sequel to Blade Runner. Meanwhile, the Indiana Jones series is rumored to be moving on without him. What’s next? Six More Days, And Seven More Nights? Re-Regarding Henry? What Lies Beneath What Lies Beneath?

All seem strangely plausible, given today’s Deadline article about Warner Bros. and executive producers Arnold and Anne Kopelson teaming up for a new film based on The Fugitive, a ’60s TV series turned into a hit 1993 film starring Harrison Ford and Tommy Lee Jones. Will Jones and Ford be back for a new version of The Fugitive? That and most other details remain TBD, though their returns seem a bit unlikely.

A huge hit during its four-season run, the original version of The Fugitive cast David Janssen as Dr. Richard Kimble, a man wrongly convicted of killing his wife. To prove his innocence, Kimble has to track down an elusive one-armed man while evading Lt. Philip Gerard (Barry Morse), a lawman determined to bring him to justice. Created by Roy Huggins—the man behind The Rockford Files, Maverick and other hits—the series was seen by many as having been inspired by the strange case of Sam Sheppard, a Cleveland doctor accused of killing his wife who laid the blame on a “bushy-haired man,” though Huggins always denied the connection.

Directed by Andrew Davis, the film version of The Fugitive arrived shoulder-to-shoulder with a bunch of dodgy TV-to-film adaptations in the early ’90s. (The Flintstones, anyone?) It stood out, however, and did well with viewers and critics in the summer of 1993, eventually scoring seven Oscar nominations, including one for Best Picture and a Best Supporting Actor nod for Jones, who would go on to win. Jones would later reprise his role for the not-so-well-liked (and Ford-free) sequel U.S. Marshalls.

The Koppelsons would go on to revive The Fugitive for a one-seasons CBS series starring Tim Daly and Mykelti Williamson. Now they’re trying for another film version, this one written by Christina Hodson who has one film she’s scripted (Shut In) near completion and another (The Eden Project) in the works. Will it work as well this time around? That’s also a big TBD. In hindsight, the 1993 version of The Fugitive worked because it brought the right people together at just the right moment. Hot off Under Siege, Davis was coming into his own as an action director. After a hit-or-miss ’80s, Jones was emerging as the go-to actor for tough men of few words, as exemplified by his work as Gerard. Ford found the perfect combination of possibility and determination as Kimble. Cinematographer Michael Chapman excelled at combining artfulness and kinetic compositions. The film was the product of a fortunate collision of talent and kismet. Let’s hope it happens again.