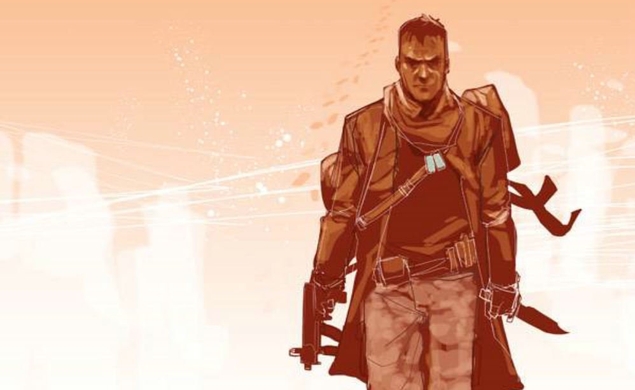 Apparently recognizing the value and appeal of comic-book movies—who knew?—Variety reports that Warner Bros. has now picked up a spec script from Ryan Condal that will bring the Image Comics series The Infinite Horizon to the big screen.

Condal’s script is based on the graphic novel series of the same name, penned by Gerry Duggan (who is also the writer behind the Marvel Warzones series and a number of Deadpool, Nova, and Hulk comics for the outfit as well) and illustrated by Phil Noto (who has also crafted Deadpool comics alongside Duggan, and the very cool-looking Black Widow series with Nathan Edmondson), that is billed as a modern adaptation of Homer’s The Odyssey.

Greg Berlanti, the writer and producer of such popular comic-book television series as The Flash and Arrow, will produce the film for the studio. The film will also be produced by Sarah Schechter (The Flash), Lawrence Grey (Section 6), and screenwriter Condal (who previously wrote Brett Ratner’s Hercules).

The first issue of the Duggan and Noto series hit shelves back in 2007, eventually finishing up in 2011 after a six-book run. The entire series was gathered into a paperback collection back in 2012.

The series “follows a soldier with no name who, after surviving years of war, ends up stranded halfway across the globe when the conflict ended. Getting home means going through the hell: escaping shipwrecks, beating a vicious opponent wearing a cycloptic combat armor and resisting the siren’s call of a predatory society.” The first book opens with the last gasps of a Middle East-set conflict, with the so-called Captain attempting to lead his small band of surviving troops back home to America, enduring a bevy of mythologically-tinged hardships along the way.

Yes, there will be monsters, and yes, this sounds like one hell of a piece of comic-book counterprogramming.