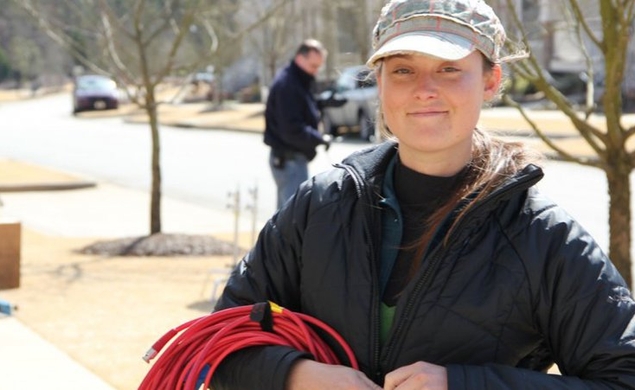 It’s been over a year since Sarah Jones, a 27-year-old camera assistant, was killed while working on the Gregg Allman biopic Midnight Rider, but her name hasn’t faded from the headlines. Jones died working on the low-budget independent film directed by Randall Miller—she was struck by a speeding train while shooting the film, under orders from Miller, on a train trestle without permission. (For those wanting to know more about the case, Jen Yamato has provided exemplary coverage, first at Deadline and now at The Daily Beast.)

Miller is now serving a 10-year prison sentence as a result of the accident, while Jones has become a symbol for the need to improve on-set safety. Jones’ family has launched the site safetyforsarah.com to help spread the word about the cause, as well as the Sarah Jones Film Foundation, which is dedicated to improving safety on film sets.

Now, Deadline reports, the Joneses have endorsed the in-the-works documentary We Are Sarah Jones, a feature-length project “about Jones’ life, death and subsequent impact on safety in Hollywood.” The film comes from Christopher Crescitelli and Eric Smith, who told Deadline they felt particularly affected by Jones’ death because of their roots in Georgia. The pair plan to employ crowdfunding to help with financing and dedicate 100 percent of the proceeds to the Sarah Jones Film Foundation.