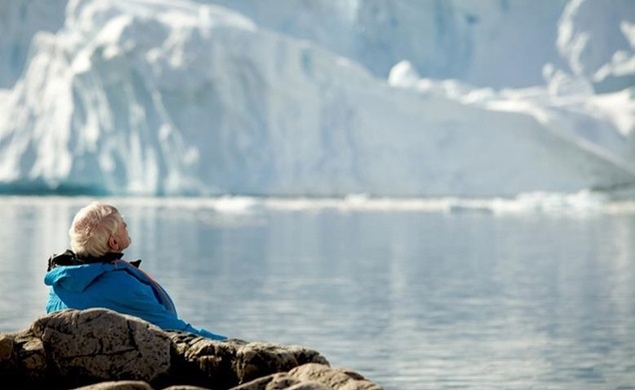 If you’ve sufficiently recovered from Luc Jacquet’s March Of The Penguins, the French filmmaker and documentarian has a brand new joint to make you fear for the world’s most frigid environments. Jacquet’s newest film, a documentary alternately known as Ice And The Sky, Ice & Sky, and La glace et le ciel (so French!) will close out the Cannes Film Festival, a “rare move” by the fest that may signal a fresh interest in pursuing docs for its slate.

Deadline reports that the film’s subject is “glaciologist Claude Lorius, who in 1957 began his study of Antarctic ice. In 1965, he was the first to be concerned by global warming and its consequences for the planet. Today, at age 82, he continues to look at the future with hope.”

The film’s official website gives us a closer peek at what Jacquet’s film aims to do, as it seems to be deeply concerned with tracing an aging Lorius’ most important career steps—including his discovery of air sample dating, which was a major breakthrough in the area of climate history—“possibly for the last time.”

Jacquet himself shares on the site, “Now that he is 82 years of age, I feel like going back in the past with him to recount his story: to travel along the timeline of his life, as a genuine reflection of our planet history. To paint a subtle portrait of this marvelous, wise old man with whom I intuitively share words and images that stem from our immoderate love of the Antarctic, a headland where both of us, forty years apart, have found a common destiny.”

Did you cry during March Of The Penguins? Yeah, buckle up.

Of the film’s bow at Cannes, Jacquet shares that it’s “a huge opportunity…Showing this film in the world’s largest film festival is contributing to this huge challenge facing humanity as quickly as possible to secure its future and the future of the planet. My language is cinema. In different times, I would have made other films. But I make fierce cinema, political cinema, cinema that has no choice.”

The film should pair quite nicely with Mad Max: Fury Road, which is also debuting out of competition at the festival. No, seriously.

The film will show on May 24, after the festival’s prize ceremony. Ice And The Sky does not yet have a U.S. release date, but it will hit France later this year and its international rights will be up for grabs at the fest.