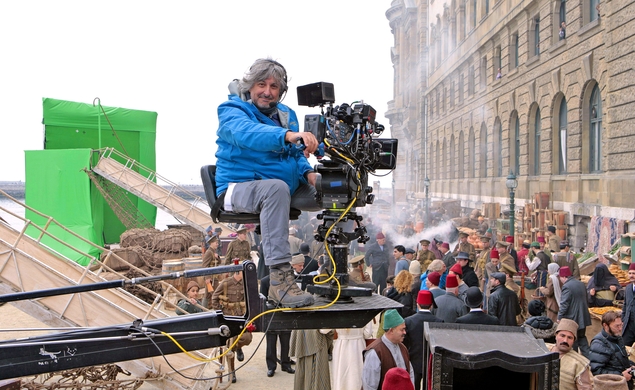 Andrew Lesnie, the Academy Award-winning cinematographer best known for his work as director of photography on Peter Jackson’s Lord Of The Rings and Hobbit trilogies, has died at 59 of a heart attack. It’s not hyperbolic to say Lesnie’s visionary work has affected countless moviegoers and catalyzed a new way to approach fantasy in films: The entire Middle Earth saga is one of the highest-grossing film series of all time, and imagery and iconography from the first three films especially have permeated pop culture.

It may be hard to imagine, but Peter Jackson wasn’t nearly as renowned in 1996 as he is now, and a lot of fans feared that Jackson and co. wouldn’t be able to translate J.R.R. Tolkien’s vision to the big screen. (Ralph Bakshi’s 1978 animated attempt, abandoned after one film, polarized fans.) Shot at more than 150 locations over the course of 274 days from October 1999 to December 2000 (with other sets of pick-up shoots conducted periodically over the next four years), Lord Of The Rings’ production was long and arduous; ultimately Jackson, aided indisputably and incalculably by Lesnie, defied expectations, blending a robust amount of CGI and practical effects and vast sets with both natural and artificial light, not only bringing to life Tolkien’s saga, but finding its soul. Whatever Jackson’s follies (and the series has many), Lesnie’s eye remained keen. His use of the dolly zoom to elicit discomfort when the Ringwraith appear, and his expressionistic Dutch angles during the Gandalf-Saruman fight in Fellowship, display a fondness for classic Hollywood, while his work in the massive battles is wholly modern. Without Lesnie's lensing and lighting—which garnered him an Academy Award for Fellowship in 2001—Jackson’s mammoth trilogy would have been a very different beast than the one we know today.

But Lesnie’s career, far too short yet replete with gems, offered so much more than hobbits and orcs. He caught Peter Jackson’s eye, and earned his chance at film immortality, with George Miller’s Babe and Babe: Pig In The City, two fantastic Australian films about a talking pig and his farm-animal friends, all of whom were rendered with a mix of real animals, practical effects, and subtle CGI. Here, Lesnie cut his teeth and showed off his skills at working with intricate effects.

His finest work may have been Peter Jackson’s 2005 remake of King Kong, a three-plus hour behemoth of a movie that paid homage to the Merian C. Cooper classic while expounding and expanding on the pulpy action-adventure. From the vast jungles and pleated vines of Skull Island and its monstrous inhabitants to the retro look of New York’s Times Square, awash with light and thrumming with life, Lesnie’s photography is incredible. Some decried the obviousness of the film’s CGI and studio lighting, but Jackson and Lesnie immaculately capture the glamour, and artifice, of Hollywood in the 1930s. Lesnie had to work with an unparalleled amount of CGI on what was then the most expensive film ever made, planning and preparing for Andy Serkis’ performance as the main ape. Serkis rightfully received praise for his performance, which would not have been possible without Lesnie’s keen eye.

Lesnie, who joined the Australian Cinematographer Hall of Fame in 2002 and most recently worked on Russell Crowe’s The Water Diviner, left an indelible mark on modern movies. He will be missed.