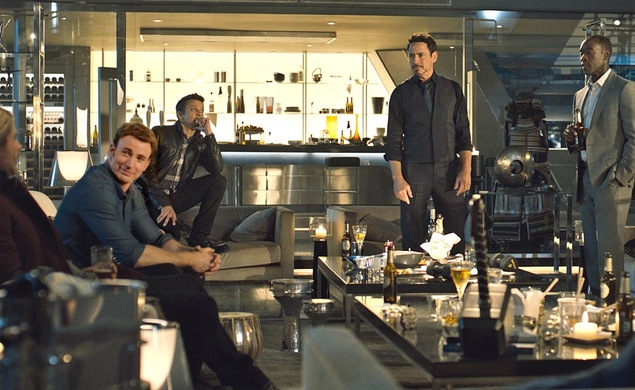 Avengers: Age Of Ultron hasn’t even opened in the good old United States of (Captain) America, but the latest MCU offering apparently has an entirely other ending that will pop up on the film’s home-video release.

According to The Telegraph, Amazon.co.uk (the most gossipy of online retailers, clearly) sent around an email to various customers on Friday that touted the imminent release of Avengers: Age Of Ultron on DVD and Blu-ray. The email was meant to encourage customers to pre-order their own copy of the film (still without its own release date, but we’re guessing this guy will arrive in time for the holidays) and, as such, included some tantalizing details about the release.

Like that it would come with an alternate ending and extended version that both differ from the theatrical release of the film. Pardon?

The succinct email simply proclaimed, “Avengers: Age Of Ultron is available to pre-order on DVD and Blu-ray, including an extended version and alternate ending.” Is this typical placeholder text? Or are fans of the superhero franchise really going to have to wait months and months to see a complete take on the film?

Director Joss Whedon already told Vulture that his original cut of the film clocked in at around three and a half hours, a hefty runtime that was eventually sliced down to its current 142 minutes (still, a lot of movie). Whedon, however, did share with the outlet his dismay at losing some bits, the kind of stuff that might pop up on this supposed extended version.

It’s believed that Elizabeth Olsen and Aaron Taylor-Johnson filmed stuff that never made it into the final film, and questions have long swirled around what happens to Mark Ruffalo’s Hulk at the end of the feature. Having already seen the film—and, I promise, no spoilers here—it does seem possible that a longer cut of the film could include that kind of stuff, along with perhaps a longer introduction to at least one new character who appears in the film. There’s room and, from the sound of it, there’s room for stuff that Whedon himself wanted to include.

If this is all an evil plan by Amazon to get everyone to pre-order the film, it definitely worked.