Tom Cruise could star in charming-sounding comedy Bob The Musical 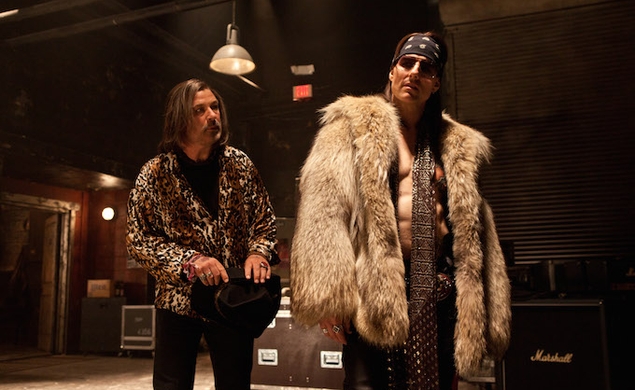 Tom Cruise has done the musical thing before, okay? He did it with a monkey and without wearing a shirt. He did it with Catherine Zeta-Jones attempting to rip off his tongue with her own teeth. He did it with tattoos and hair extensions and fur. He did this, okay? And now he’s going to possibly do it again, albeit with far less leather (and danger).

The Wrap reports that Tom Cruise is “circling the title role” in Disney’s Bob The Musical (see? he’s already working on his dance moves), a “long-gestating musical comedy” that, quite honestly, sounds super-fun. The studio has been developing the film since 2004, and it “follows a regular guy who can suddenly hear the inner songs of everyone’s heart after suffering a blow to the head. His reality instantly becomes a musical, much to his dismay.” Cruise has reportedly been the object of Disney’s affection since January.

The film’s most recent draft was written by Allan Loeb, who just so happened to script the big-screen adaptation of Broadway musical Rock Of Ages (he also wrote Just Go With It and Here Comes The Boom, so).

The outlet also shares that Michel Hazanvicius, best known for directing The Artist, is being “courted to direct” the film. That sounds like it could be a movie all on its own! Having been in development for over a decade, the film has been linked to a variety of other helmers over the years, including Phil Lord and Chris Miller and Adam Shankman.

It’s currently unknown if Frozen songwriters Robert Lopez and Kristen Anderson-Lopez are still on deck to write the film’s music and lyrics, as they’ve also been attached to the project for a number of years.