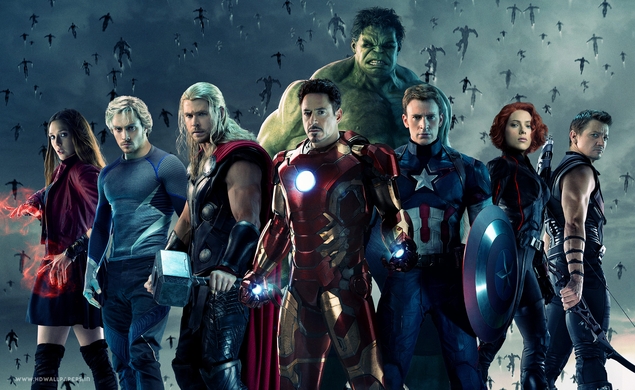 With fast-approaching superhero blockbuster Avengers: Age Of Ultron, a soulless sentient machine will threaten the security and basic human rights of the denizens of Earth. But separate from the Disney Group’s business policies, the movie itself is also about an evil robot. (Hey-o!) Jokes aside, the Disney Group has something of a reputation for ferocious corporate maneuvering behind the facade of candy-colored childhood nicety. Ruthlessly litigious, scarily efficient at extracting all available profit from creative properties, and unwilling to disclose where Walt Disney’s cryogenically preserved head has been stored, the massive conglomerate does not mess around when it’s time for business. With Age of Ultron on the horizon, theaters in Germany are now learning that lesson the hard way.

An article that the Frankfurter Allgemeine Zeitung ran yesterday noted that the long-simmering conflict between movie-theater owners and Disney has now bubbled over. Because computers can apparently now auto-translate pages in foreign languages (what a time to be alive!), we know that approximately 600 German cineplexes have chosen to boycott Age Of Ultron, a Disney property by way of Marvel Studios. The cause for this widespread action? The somewhat garbled translation states that “Disney ask of the cinema as rent 53 percent of the ticket price…”, which I will assume means that Disney has mandated that 53 percent of box-office grosses shall be kicked back to it directly, and not kept by movie theaters. This created enough friction in IG Nord, an organization of North German movie-theater operators, to result in a sweeping refusal to run the film until a more reasonable agreement can be devised. Karl Heinz Meier, a spokesperson for IG Nord, expressed fear of a slippery slope-type situation, should Disney’s high-percentage demands be met. The article quotes him as saying the German equivalent of “If other lenders to jump on this train, there is a cinema dying in the area.”

Translational syntax bugs aside, he’s making a fine point. The article explains that percentages that high are usually reserved for metropolitan multiplexes, not smaller operations in more far-flung towns. Mega-theaters can afford to meet with the increased fee, but for more financially precarious theaters, it could be prohibitive. In a world where 53 percent right off the top is the norm, not just reserved for world-straddling Cinematic Events™, that’s enough to put an independent theater out of business.