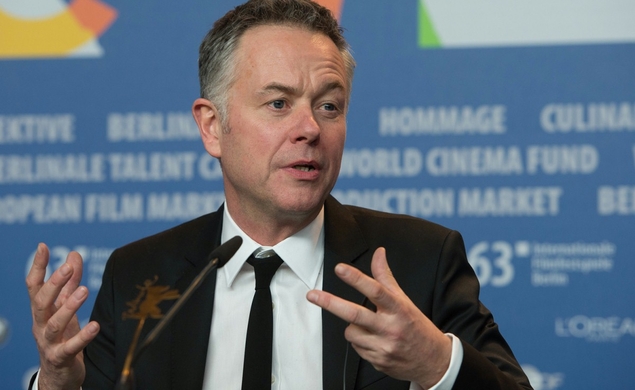 The wheels on Russ & Roger Go Beyond, about the exploits of Russ Meyer and Roger Ebert behind the scenes of Beyond the Valley of the Dolls, have been slowly turning for almost a year. Back in August, good 'ole Noel Murray reported that Will Ferrell was in talks to star as Meyer, the creative force behind such fine films as Motorpsycho, Mondo Topless, Wild Gals of the Naked West, and Faster, Pussycat! Kill! Kill! Since then, Ferrell has been confirmed in the role, though an actor has yet to step in to play Roger Ebert, Meyer’s bosom buddy and collaborator on Beyond the Valley of the Dolls. While rumors have circulated that Josh Gad may take on the esteemed film critic, it’s at times like this that Philip Seymour Hoffman’s sad absence weighs on cinephiles most heavily. He would’ve been perfect. Damn.

One unknown quantity in Russ & Roger Go Beyond became a known quantity last night, when the production made moves to land a director. Variety reports that Michael Winterbottom has been approached to make the film his next project, though no concrete deal has been inked. Winterbottom’s sort of an inspired choice for Russ & Roger; the man’s coming hot off The Trip To Italy, his warmly-received sequel to The Trip. He’s amply demonstrated a talent for playing pairs of men with larger-than-life personalities off of one another, allowing for well-shaded and hilarious character dynamics to blossom before his camera. A little while back, Winterbottom also directed the romantic drama 9 Songs, which included a handful of scenes featuring non-simulated sexual activity. In this new film, those skills may or may not come in handy.

But this is shaping up to be a hell of a comedy, with subject matter outside of Ferrell’s screaming-shirtless-manchild wheelhouse (not completely outside, this is Russ Meyer we’re talking about, but still) and a director who knows how to get great work out of comic actors. No date of release has been set, though Variety claims that production will get under way later this year.