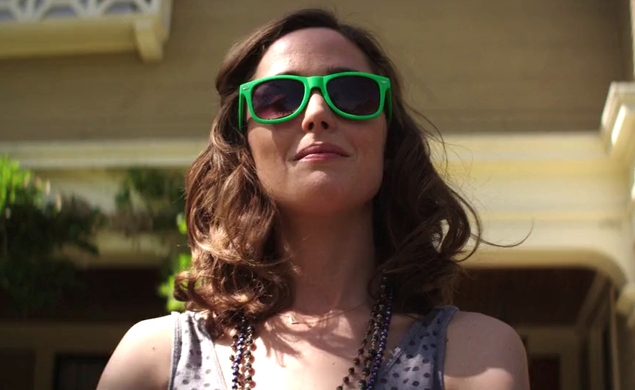 Rose Byrne doesn’t appear to like boundaries too much. The Aussie actress has continually proven her interest in starring in a wide variety of features that span genres, including horror features like Insidious, superhero outings like the X-Men franchise, her recent bent toward raunchy comedy (Bridesmaids, Neighbors), and even a singing-and-dancing turn in the Annie remake. Byrne is the sort of rising star who really can do it all—and now she wants to do more.

Screen Daily reports that Byrne, along with four of her countrywomen (including Gracie Otto, Shannon Murphy, Jessica Carrera, and Krew Boylan) have teamed up to form The Dollhouse Collective.

More than just a film collective, the Dollhouse ladies are looking to launch a full-scale artistic collaborative. Otto explains “the core aim is to develop theatre, film and television together and tell stories with a strong female presence…This formalizes what we are already doing. Sitting around the dinner table we have always been sounding boards for each other.”

So when can we join? Do we need to fill out an application, or what?

The rest of the Dollhouse boast a variety of skill sets—director Murphy came up in the theatre and opera world and is now working on her first feature, Carrera is a publicist and producer, and Boylan is currently working on her feature Seriously Red—that gives the group some major talent and experience to work with. Both Murphy’s feature (When All The Water) and Boylan’s film are in stages of advanced development as part of the Dollhouse, along with a third film entitled Girls In Hotels, which Otto is directing and producing.

Their membership in the collective will not prohibit them from getting creative with others but, as Otto shares, “I relate to women’s story because they’re what I know…I love working with women too.”

The collective will also “champion women across the industry who haven’t had opportunities in the past and to support the work of women who have paved the way for them.” So, about those applications…?