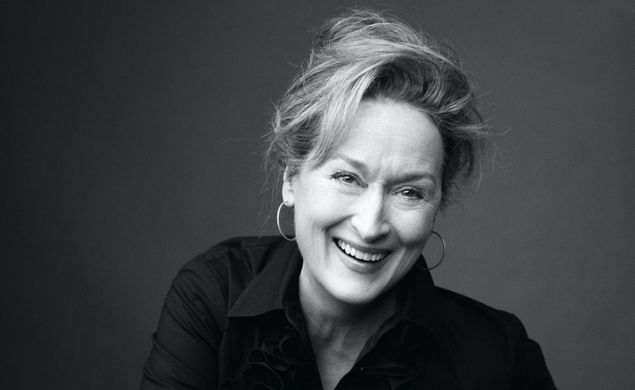 Meryl Streep, forever too good for this filthy unjust world, has descended from her golden throne to make an effort to right the sexist wrongs hardwired into the entertainment industry. The hardcore Streeple in our readership will remember when the decorated actress ecstatically pointed in solidarity with feminist statements made by Best Supporting Actress recipient Patricia Arquette during this year’s Oscar telecast. Lesser celebrities might settle back in their seat and call it a day, content with highly public pointing as that year’s contribution to the betterment of mankind. But Saint Streep, Our Lady of Womanhood, has now taken it one step further by funding a screenwriting lab for women over the age of 40, reports Variety.

In cooperation with New York Women in Film and Television and an all-woman filmmaker collective called IRIS, Streep provided a “significant contribution” to start a program simply known as the Writers Lab. The workshop will specifically aim to increase opportunities for women over the age of 40 in a field notoriously controlled by men and driven by youth. Among the mentors supervising the program are Beyond The Lights writer-director Gina Prince-Bythewood and Boyhood producer Caroline Kaplan.

In related news, I will spend the better part of this year engaged in a Mrs. Doubtfire-styled ploy to join this workshop. In the process, I will learn a lot about the struggles faced by women, and maybe a little about myself, too. Anything is possible when feminist guardian angel Meryl Streep is watching over you.