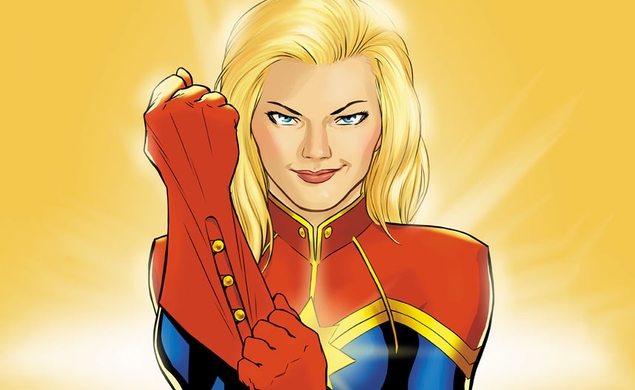 It’s a real win some/lose some day for fans of female-centric comic-book movies. Although DC’s Wonder Woman has lost its lauded female director—Michelle MacLaren reportedly just exited the project, due to “creative differences”—Marvel’s own answer to the continuing need for major studios to include standalone features crafted around badass super heroines has beefed up its creative team considerably.

The Hollywood Reporter shares that the Captain Marvel film is currently in the process of locking down a pair of remarkably perfect screenwriters to pen the picture: Nicole Perlman, who previously co-wrote Guardians Of The Galaxy, and Meg LeFauve, whose talents will next hit the big screen with Pixar’s Inside Out, which she co-wrote with Pete Docter and Josh Cooley.

THR reports that the duo is currently in negotiations to write the film together. As the outlet notes, “Perlman and LeFauve are not a writing team but are being turned into one for this project. Both impressed Marvel’s Mr. Fantastic, Kevin Feige, with their separate takes; Feige and his team thought it best to combine the two for sensational results.” Marvel is rife with steady pairs—think the Russo brothers and Christopher Markus & Stephen McFeely—and this attempt to make a similar female professional coupling is certainly interesting. The studio reportedly “made an effort to find female screenwriters to tackle the heroine,” which has now resulted in their very own brand-new dream team.

There is no word yet on what Perlman and LeFauve have planned for the character, super-powered Air Force pilot Carol Danvers, but it seems likely that they will be tasked with crafting an origin story that serves both Captain Marvel and the rest of the MCU at large.

The long-anticipated Captain Marvel film was announced last October as part of Marvel’s massive Phase 3 rollout, which also includes other new standalone features like Doctor Strange, Black Panther, and Inhumans. Despite rumors to the contrary, Captain Marvel does not pop up in Avengers: Age Of Ultron (Can I personally guarantee that? Yes, I can), which means we’ll have to wait for her reveal until most likely next year, when she will presumably pop up in Captain America: Civil War, which is set to bow on May 6, 2016.