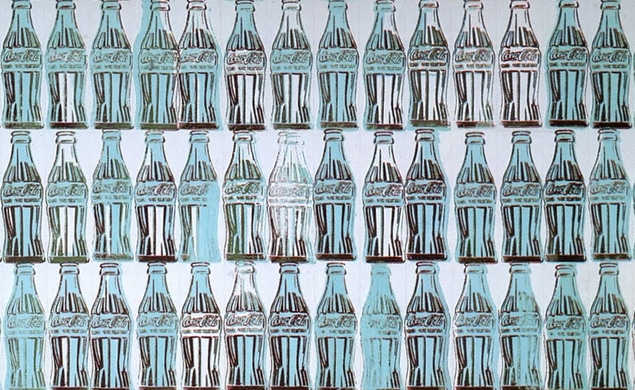 We generally view art and commerce as two forces in direct opposition to each other, eternally locked in a struggle for dominance. But on occasion, American popular culture will conceive of a way to fuse the two. Andy Warhol, for one, worked inside of the nexus between mass-produced commercial product and thoughtful, incisive art. His reproductions of Campbell’s soup cans may be his greatest hit, but in that same year of 1962 he also painted “Green Coca-Cola Bottles,” a similar commentary on the manufactured uniformity of Americana. In the spirit of cheerful coexistence between entertainment and brand recognition comes the announcement of a documentary about Coke bottles.

THR reports today that Matthew Miele (Scatter My Ashes At Bergdorf’s) will partner with Coca-Cola to direct and produce a new documentary about the beverage company’s iconic glass bottle design. The THR item describes the gestating project as such: “The documentary will focus on the life of the Coca-Cola bottle since its invention in 1915 and its influence on pop art, cinema, artists, including the late Andy Warhol, fashion, music, business, advertising and design.” It may seem like a rather slight subject for a full-length documentary, but if I learned anything from Helvetica, which is an 80-minute documentary about fonts, it’s that any topic can be fascinating in the right hands.

At the present time, the film has no title, distributor, or official release date, though Coke’s shooting for a November release. It’s an unlikely subject, but the Coke bottle does loom pretty large in America culture. We use it as a shorthand to describe thick glasses and curvaceous body shapes; it’s ingrained in our social DNA. Sharp culture commentary mixed with the inexplicably satisfying factory footage of TV's “How It's Made”? That could be the Coca-Cola of documentaries about beverage containers.