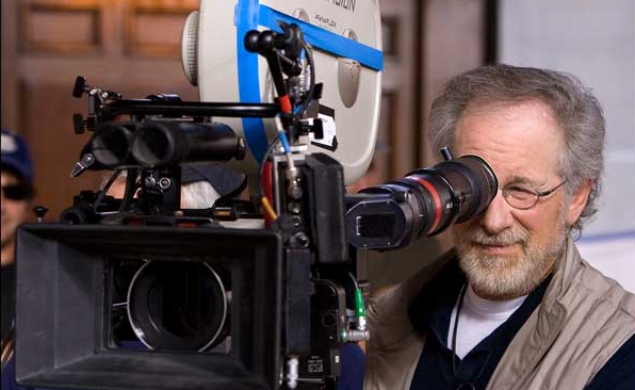 At this point, Steven Spielberg has accomplished just about everything a filmmaker could hope to achieve. He created the movie (E.T) whose videogame adaptation helped destroy its maker, Atari. He married Kate Capshaw. He directed the film The Terminal, and probably did several other things as well.

One thing Steven Spielberg has not done, surprisingly, is make a movie for the Walt Disney Company. That might seem counterintuitive. After all, Disney and Steven Spielberg are two of the biggest, most dependable names in family entertainment. They epitomize everything that’s wholesome, All-American, and lucrative, and while they’ve collaborated in the past, most notably on Who Framed Roger Rabbit?, Disney has never properly funded and distributed a film directed by Steven Spielberg.

That is about to change with the announcement today that Disney will co-finance and distribute The BFG, Spielberg’s forthcoming adaptation of the Roald Dahl’s children’s book starring British stage actor Mark Rylance as the titular outsized, amiable giant, and Bill Hader as another (smaller?) giant. In the film, Rylance’s giant will befriend a little girl (played by newcomer Ruby Barnhill) who sets out to destroy not-so-friendly, man-eating giants. Other actors cast as giants include Jemaine Clement, Michael David Adamthwaite, Daniel Bacon, Chris Gibbs, Adam Godley, Jonathan Holmes, Paul Moniz de Sa, and Olafur Olaffsonn.

BFG will be a beginning in many ways, as it’s also a homecoming of sorts that will reunite Spielberg with regular producer Frank Marshall and screenwriter Melissa Mathison, who wrote E.T. and endured Harrison Ford’s moods as his wife for many years.

Walt Disney. Steven Spielberg. Roald Dahl. There’s always the chance that BFG will be a big old mess, but based solely on the players involved, we’re pretty excited. The film will open on July 1, 2016 to commemorate the 100th anniversary of Dahl’s birth.