Julianne Moore to star in Nicole Holofcener’s bizarre, fact-based Can You Ever Forgive Me? 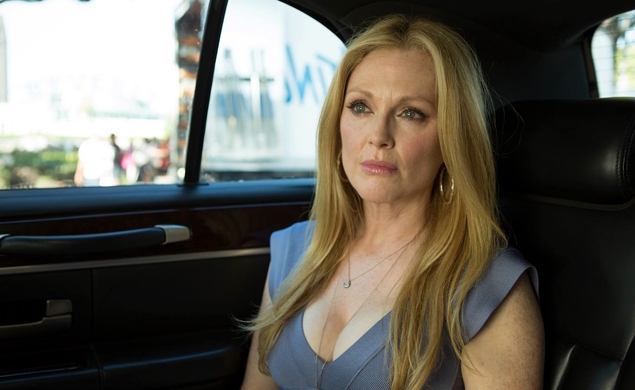 You’d let Julianne Moore steal from you, right? Especially if she was being very charming and zippy and kind of bonkers? The newly minted Oscar winner probably doesn’t dabble in crime in her off-hours (probably? right?), but now Moore is about to do just that on the big screen.

Variety reports that Moore is in negotiations to star in Nicole Holofcener’s next film, Can You Ever Forgive Me? The fact-based feature is rife with Holofcener hallmarks, from colorful female characters to money troubles to a metropolitan setting (this time around, Holofcener will return to New York City), but Can You Ever Forgive Me? has the added bonus of being based on an incredible true story about a real, indomitable, and really indomitable woman.

Moore is in talks to play Lee Israel in the feature, a well-respected writer and biographer who fell into all kinds of disarray and decided to finance her life with equal parts ingenuity and actual illegal activities. She became a forger. But, like, a good one. Not a John Travolta one.

Israel rose to fame in the ’70s and ’80s by penning biographies of famous luminaries and stars, including Tallulah Bankhead, Dorothy Kilgallen, and Estée Lauder (she also had a healthy magazine-writing career in the ’60s and ’70s), but after a string of bad reviews and apparently worse writer’s block, she turned her talents to a profitable criminal activity: forging letters from other famous types (including Edna Ferber, Dorothy Parker, Noel Coward, and Lillian Hellman). Using a stable of appropriate typewriters and her extensive knowledge of said famous types to pen them, Israel managed to turn out a staggering number of letters to keep her fiscally afloat. Eventually outed for her crimes after selling her forgeries and then going so far as to actually steal real letters from library archives, Israel pled guilty in federal court in 1993, which led to six months of house arrest and a probation period of five years.

In 2008, her memoir (and last written work) was published, billed as a “delightful, hilarious memoir of a brilliant and audacious literary crime caper.” Sounds breezy! (This is also a nice way of saying that the irrepressible Israel never quite came to terms with the illegal nature of her work, instead feeling an immense pride in her crimes.)

Israel’s New York Times obituary from earlier this year (she died in December of last year) paints a portrait of the author as an irrepressible woman who was ill-suited to the pressures of a steady job, and whose creativity and offbeat nature appear to have been both her greatest joy and her biggest downfall. Possessing a tricky personality and an apparent taste for alcohol, Israel was not easy to get along with, but her talent and quick wit still shone through, even when she was totally breaking the law. It should be a fun (breezy!) role for Moore, one that is also very in line with Holofcener’s sensibilities and interests.

Much like a forged letter from Lillian Hellman, we are sold.