Morgan Spurlock to make short film about artisans for Haagen-Dazs 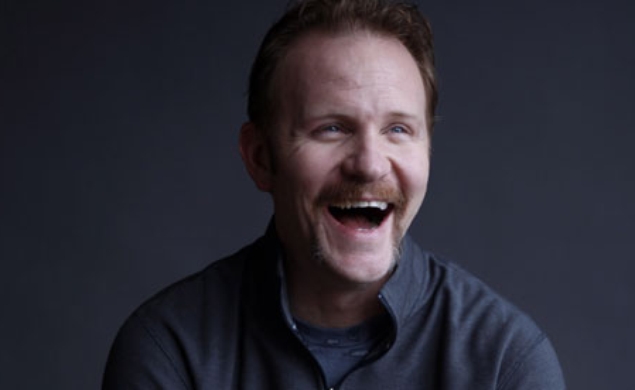 Morgan Spurlock made his name with a documentary that explored whether eating a tremendous amount of famously unhealthy food would make a person unhealthy (Super Size Me). He also shaved off his mustache to see if people treated him differently without his mustache (Mansome); followed the band One Direction as they traveled one direction—to the top of the pop charts—in One Direction: This Is Us; found and killed Osama Bin Laden in Where In The World Is Osama Bin Laden?; and explored the world of product placement by making a movie funded solely through product placement, Pom Wonderful Presents: The Greatest Movie Ever Sold. The latter effort was Spurlock’s most entertaining movie since Super Size Me, in part because it dealt with the director’s often noxious instinct toward garish self-promotion by running with it and making it the theme of the film, rather than pretending it wasn’t being made by one of the documentary world’s most spotlight-addicted hams.

Spurlock must have had a none-too-traumatic experience negotiating the world of product placement, or as it is now better known, native advertising, because now he has teamed up with Haagen-Dazs for a short film focusing on the world of artisans. Speaking fluent corporate-speak, Spurlock said of the project, “With this film, I wanted to explore what drives our culture towards artisanal products and crafts, particularly within the food industry, as well as explore our desire to connect with heritage through what we consume or purchase. There are so many dedicated craftsmen who are a part of this movement, who manage to keep traditions alive while reminding us what really matters.”

It is not yet known whether Spurlock will sport his famous mustache during the shoot, or whether he will try to reproduce the magic of Super Size Me by eating only Haagen-Dazs the entire shoot. Boy, if he thought he was chubby and unhealthy after eating only McDonald’s for a month, he will really be portly and lethargic if he limits himself to only Haagen Dazs.

Spurlock’s other projects include the CNN show Morgan Spurlock Inside Man; Connected, AOL’s first long-form series; and Smartish, which The Hollywood Reporter describes as “an upcoming premium branded content channel for Maker.tv.” We don’t even know what that means, but it sounds mighty corporate and synergistic.