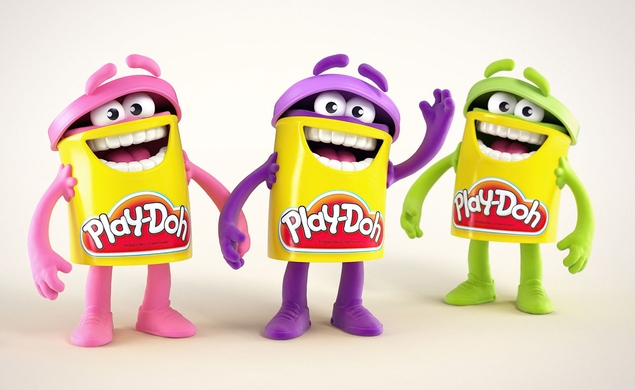 Thanks to The LEGO Movie, life has grown more uncertain than ever. There once was a time when it was easy to take potshots at film properties transparently attempting to squeeze a few merchandising dollars out of an established brand. Seasoned critics could smell a soulless corporate cash-in (like this hell-sent monstrosity, or this one, or this one) from a league away. But The LEGO Movie complicated matters by proving that even a film that appears to have been conceived as feature-length product placement can have wit and heart. No longer can we dismiss movies “based on” children’s toys out of hand. It’s almost as if we now must actually sit down and watch a film before passing judgement on it. Ugh, that sounds exhausting.

And so today, it is with a snark-free sense of hope for the future that we relay the news of an upcoming film based on childhood toy Play-Doh. Last night, Deadline broke the news that 20th Century Fox had started to push a Play-Doh movie through pre-production, like sculpting clay through a plastic spaghetti factory. It sounds like they’ve wrangled the directorial talent required to spin this brand-extension into the LEGO Movie-caliber success the studio hopes it’ll be, too; the Deadline item claims Paul Feig is “negotiating” to direct the film, presumably while concurrently directing These Girls Bust Ghosts! (working title I just made up) and ruining everyone’s childhood.

Naturally, adapting a property with no real characters or established plotlines leaves a lot of questions up in the air. First and foremost is the question as to whether Feig will go with claymation for the film. It’d certainly be appropriate for the subject matter, but it’s been a long time since a feature-length stop-motion claymation film entered theaters. With any luck, Feig will be able to mold this concept into a top-notch feature.