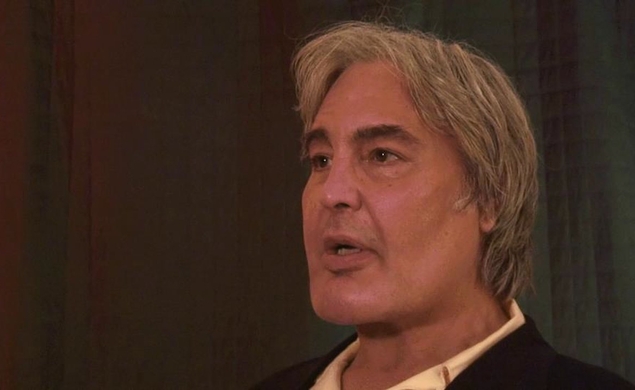 Robert Z’Dar, an actor and fixture in the world of B-movies and direct-to-video releases, has died at the age of 64. Upon arriving in Pensacola, Florida last week for a convention appearance, Z’Dar experienced chest pains and went to the hospital, ultimately going into cardiac arrest on Monday night and dying shortly after.

The man born Robert J. Zdarsky had a rare congenital condition called cherubism, which resulted in an enlarged jawline. His unusual profile gave Z’Dar a distinctive and vaguely menacing look, and once he began pursuing acting professionally in 1984, it wasn’t long before fringe filmmakers took notice. Z’Dar appeared in 121 films during his lifetime, a testament to both his superhuman work ethic (TIME notes that he appeared in at least one film annually for 27 of the last 29 years) and his sought-after, singular screen presence. He’s remembered chiefly for his roles as franchise villains like Officer Matt Cordell, who racked up a sizable body count over three go-rounds as the psychotically unhinged murderer in the Maniac Cop series. Z’Dar also cut a terrifying and imposing figure in his turn as a henchman known as “Face,” featured in the Sly Stallone/Kurt Russell vehicle Tango & Cash. Z’Dar enjoyed a bump in popularity when two of his forgotten turkeys (Soultaker and Future War) were lampooned on Mystery Science Theatre 3000.

But Z’Dar did not spend his entire career exiled to the outer reaches of the dollar bin; he sometimes appeared in more high-profile disasters as well. One of Z’Dar’s most visible roles came in the 1991 box-office bomb Mobsters. Starring alongside Christian Slater and Patrick Dempsey, Z’Dar applied his talent for menace to made guy Rocco.

Z’Dar was no award-winner, but he was an extraordinarily hard worker and enjoyed constant employment—in the life of an actor, the holy grail. Even at the time of his death, Z’Dar was looking forward to acting in a sequel to 1991’s Samurai Cop. His inexhaustible drive and inimitable silhouette made him a hot commodity in showbiz, and an icon to a legion of trash-cinema obsessives.