Here’s the lineup for this year’s Ebertfest 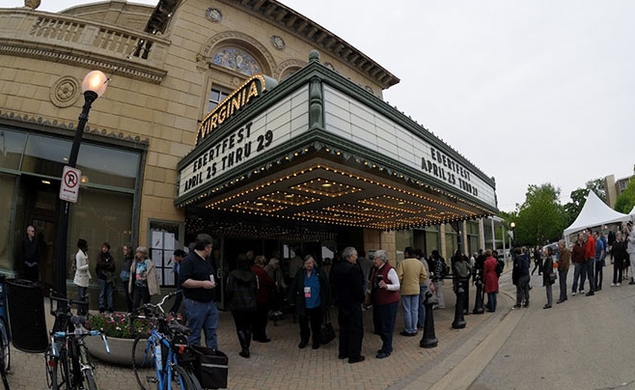 Roger Ebert began the Roger Ebert Film Festival, more commonly known as Ebertfest, as a way to highlight films and filmmakers he loved, but that he felt hadn’t been given their due. Some wondered whether the festival would survive its namesake’s passing, but as anyone who has seen the wonderful documentary Life Itself, about Ebert’s triumphant life and the months leading up to his noble and dignified death, knows that he was very diligent about making sure that his legacy was preserved. In his final months, he launched the thriving website Rogerebert.com, which quickly established itself as an important voice in film criticism.

This April, Ebert’s widow Chaz, who has worked tirelessly to ensure that the good work Ebert did during his lifetime lives on, will host the 17th Annual Roger Ebert Film Festival. She announced the line-up in a post on Rogerebert.com that takes the form of a letter to her late husband, who undoubtedly would have approved of the diverse and impressive films and filmmakers on display.

The festival will open with Jean-Luc Godard’s 3-D Goodbye To Language, with lead actress Héloïse Godet in attendance. Other highlights include a screening of the David Foster Wallace biopic The End Of The Tour with director James Ponsoldt and lead actor Jason Segel, who plays Wallace, at the screening, and a tribute to 1993’s The Bronx Tale, complete with a Q & A with star and writer Chazz Palminteri.

The festival runs from April 15 through April 19 at The University of Illinois At Urbana-Champaign, and passes will be available on April 1. Individual films will be $14 for regular tickets and $12 for students, and a small number of passes for the entire festival are available for $145 each. I always wanted to go to Ebertfest, especially since it’s not far from Chicago, but never quite got around to it. So if you love Ebert, and love film, I encourage y’all to attend this tribute to both the man and the movies he loved.