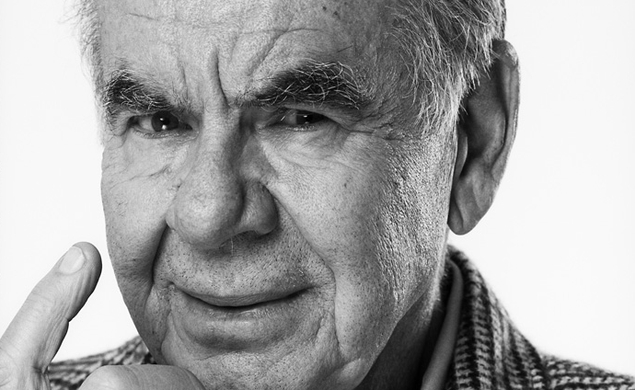 Abel Ferrara’s latest film, Welcome To New York, a political drama starring Gérard Depardieu as a womanizing politician inspired by Dominique Strauss-Kahn, received a relatively warm critical reception, garnering 3.5 stars from our own Scott Tobias. But Ferrara is more than unhappy with the film’s final, R-rated cut—so much so, in fact, that he’s lashing out at distributors IFC and Wild Bunch films for, as he puts it, “destroying a work of art.” In an interview we ran yesterday, Ferrara condemns the people and entities that he claims censored and ruined his film. “I’m an artist,” he told Simon Abrams. “I react to the fuckin’ world. When something comes out of me, it’s a work of art… I understand the reality of the situation, but that’s not going to stop me from defending that movie.”

Ferrara’s scathing screed got us all thinking about our favorite ornery interviews of yore—ones in which the subject went off-book and said something candid, off-color, shocking, or just plain honest. Without further ado:

Tasha Robinson, Russ Meyer, The A.V. Club: Possibly my favorite interview ever to appear online involved a certain Nathan Rabin attempting to have a thoughtful discussion about craft and aesthetics with ornery old horn-dog (and legendary softcore writer, producer, director, cinematographer, editor, and actor) Russ Meyer. In 1998, at age 76, the director of Faster, Pussycat! Kill! Kill! and Beyond The Valley Of The Dolls seemed really intent on making Nathan squirm or blush, by making graphic references to oral sex (“Just get in there and chew right to the nub”), his love of giant breasts in movies (“They must be cantilevered. They must be defying gravity”), and how relieved his female stars were when he informed them he wouldn’t require them to have sex with him in exchange for a job. There’s also an anecdote in there about a crude sexual prank Meyer pulled on Roger Ebert during the writing of Beyond The Valley Of The Dolls. I love how professionally and calmly Nathan deals with this senior citizen bragging about his continued virility and his sexual tastes. I also love how cantankerous Meyer still was at that age, how iconoclastic he was, with his talk of never wanting World War II to end, and his open admission of lying his way into a film career. I especially love that I was not involved in this interview in any way. I would have squirmed, blushed, and completely failed Meyers’ test of character.

Rachel Handler, Amy Poehler, The Hollywood Reporter: As a public figure and comedian, Amy Poehler generally colors within the lines. Though her humor does push boundaries—particularly those placed on women—it’s relatively safe and rarely controversial; in interviews, she’s usually charming and on-message. That’s why I loved last year’s interview with Poehler and Tina Fey in The Hollywood Reporter, promoting their second Golden Globes hosting stint. Poehler’s disdain for the interviewers’ inane questions is immediately apparent: When asked, “NBC is now the Sound Of Music network. Are you getting pressure to do the whole show as a live musical number?” Poehler replies, “Okay, I see what you’re doing, you’re going to set up jokes. I’m not falling for that. I didn’t say any of that. I’ve worked at NBC for 12 years so I’m happy they had a successful night of TV.” It goes on in this fashion, with Poehler sharply undercutting a sexist suggestion to wear Amy Adams’ “plunging blouse thing” from American Hustle (“Oh, eww, I don’t even want to answer this question. Pass. Next”) and sharply rebutting an attempt to get her to critique past host Seth MacFarlane. (“It’s so hard to host. I don’t want to comment on anybody else’s performance. Why would you think that we would say anything about anybody’s performance if we’re getting ready to do our own?”) It’s possible Poehler was just having a shitty day, but I’d like to think it was more than that—that she was hosting some kind of small, personal rebellion against lazy journalism.

I also want to give a quick shout-out to my man Billy Zane, who was my personal favorite ornery interview subject at my last job at the Chicago Sun-Times. After arguing (in person) that he wanted to speak to me via email instead for about 20 minutes, I finally convinced him to let me interview him on the long walk to his dressing room. He ended up being pretty delightful and pretty weird. I love you, Billy.

Scott Tobias, Mike Leigh, The A.V. Club. The three most intimidating interview subjects I’ve encountered: David Simon, Errol Morris, and Mike Leigh. They were also three of the best. (Though the memory of Simon announcing “I’m gonna get Socratic on your ass” before pummeling me with questions about The Wire’s fifth season still makes me anxious.) But let’s focus on Mike Leigh, whose reputation as a “curmudgeon” in interviews isn’t entirely fair to him, despite some instances where he has made journalists extremely uncomfortable. (TimeOut London writes, “For journalists, the experience of talking to him fits somewhere between a job interview and a trip to the dentist.”) Leigh doesn’t suffer fools, and he doesn’t have patience for those who are unprepared, but even if you are prepared, he has a way of questioning the question that can seem ornery, but in fact is just a method for teasing out the best and most productive exchange possible. When I opened our first interview by asking him why he made Topsy Turvy, this departure into period biography, at that point in his career, Leigh took issue with the word “career” before he could address the rest of the question. But the great thing about Leigh’s interview is that you can see a connection between his thoughtful, probing, questioning-the-question style and the unusual, improvisatory process that goes into making his movies. No questions or answers slip by without the fullest consideration.

Keith Phipps, Walter Hill, Film International: I love a good, ornery interview, so I was delighted to come across a career-spanning (as of 2004) interview with Walter Hill in Film International while researching 48 Hrs. for our Movie Of The Week features a few weeks back. Hill’s incredibly forthright, and clearly hasn’t let time scab over all his old wounds. A highlight, regarding his relationships with Michael Eisner and Don Simpson: “This was about the time Don Simpson was carrying water for Eisner; Don was President or Vice President in charge of the Western Universe, something like that—one of those phony titles they give each other. A few months later they fired Don and made him a producer—the way he lived made them nervous. Anyway, Don would get Eisner's notes and transmit them to me. They were usually incoherent, more or less depending upon the amount of drugs Don had ingested.” It goes on. But what makes him a great interview is that he’s that honest about everything, including his own profession. On switching from directing to writing: “Writing does not train you for the following essentials in directing—verbally transmitting your ideas to other people. Suffering fools. Practical problem-solving of a physical nature. Leadership that falls somewhere between being the first among equals or a ruthless tyrant—depending on your character and the role you choose to play.” It’s blunt, memorable, roughly poetic, and has the ring of truth. Almost as if Hill were the best Walter Hill character ever written.

Nathan Rabin, Gene Simmons, The A.V. Club: Over the course of my career, I have had my share of ornery interview subjects, like the aforementioned Russ Meyer, but if I had to single out the orneriest sonofabitch I ever had the misfortune to spend time talking to, it would have to be Kiss Meets The Phantom Of The Park star and minor 1980s villain Gene Simmons. It began when his publicist announced he was not the kind to be nailed down to “interview times” and would call me at some point in the future, possibly. I assumed that call would probably never come, but as I was preparing to interview the slightly more pleasant Jason Schwartzman over the phone, I got the call from Simmons, who immediately went on the offensive. He made fun of the way I talked, the way I breathed, my nervous tics. When I asked if it was true he was born Chaim Witz in Haifa, Israel he replied with a terse “yes” and told me that if I dared to ask any more yes-or-no questions, those were the only answers I was going to get: yes or no. Eventually I think he got bored of baiting me, and we had a more or less conventional interview, albeit on the nasty and aggressive side. Some interviews leave you with the delusional feeling you’ve just made a friend (me and Conan O’Brien are so going to hang out the next time he’s in town!) and some leave you feeling like you just barely survived a 12-round boxing match. My conversation with Simmons was of the second variety.

Genevieve Koski, Harrison Ford: Trying to pick my favorite ornery Harrison Ford interview is like trying to pick my favorite star in the sky: Some may burn brighter than others, but in the end, they’re all beautiful little grouchy pinpoints in the galaxy of curmudgeonliness that is Ford’s interview persona. So while I could have highlighted the interview where he pretends to (?) fall asleep during a Star Wars question, or when he just flat-out lied to a reporter just for funsies, or when he mocked an entire roundtable of journalists for 30 minutes straight, ultimately I decided my favorite Grumpy Harrison Ford is Self-Aware Grumpy Harrison Ford, who made a delightful appearance on Jimmy Kimmel Live in 2013 that sends up his own barely concealed rage when anyone asks him about that little space movie he was in a few years back.

Obviously this was a planned bit, but I love how into it Ford gets, especially during his showdown with “Chewbacca” at the end. Turning his annoyance with interviews into a scripted bit is a great way to get around Ford’s defenses—and, reportedly, his anxiety about interviews and public speaking—by tapping into a “character” that is still true to his actual interview persona. You know they guy’s not going to answer the questions anyway—may as well have some fun with it.