Broadway hit Beautiful: The Carole King Musical is bound for the big screen 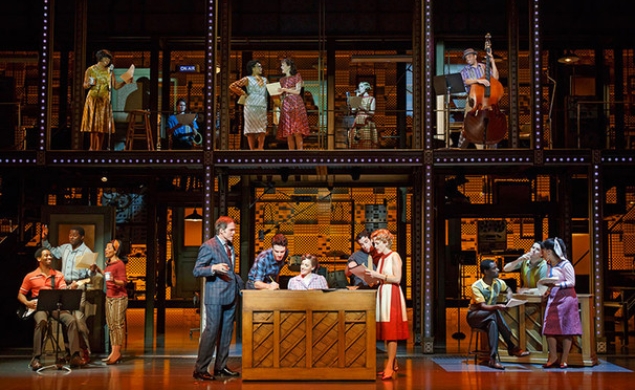 If you, like me, are a (mostly embarrassed and ashamed) fan of the last hour of The Today Show, the one that involves Kathie Lee Gifford and Hoda Kotb being paid to get drunk and talk about it on national television, you already know plenty about the Broadway smash hit Beautiful: The Carole King Musical. If you’re not a Today Show fan, rectify that now. (It’s like junk food for your brain.) Both Gifford and Kotb are obsessed with the musical, and soon they will be able to share that joy with the movie-going world.

The Wrap reports that Sony has just picked up the rights to adapt the Tony Award-winning musical into a big-screen feature. The film has already snagged an excellent team to shepherd it from stage to screen, including writer Douglas McGrath (who wrote the musical’s book and will now adapt it) and producers Tom Hanks and Gary Goetzman (who will produce the feature through their Playtone banner).

Even better? Sony has also secured the rights to King’s songs and the life rights of the musical’s subjects, including King, Gerry Goffin, Cynthia Weil, and Barry Mann. The musical traces the early parts of King’s career, from her start working days and writing songs at night in the famous Brill Building (alongside her first husband, Goffin) to her rise as a bona fide star in her own right.

It’s not the only Carole King movie in the works, however, as former Sony chief Amy Pascal is reportedly still working on developing a movie version of the book Girls Like Us, which focuses on the rise of King, Joni Mitchell, and Carly Simon. The Sheila Weller book was published back in 2009, and although it earned a lot of early buzz, most chatter surrounding its big-screen adaptation hasn’t been, well, music to anyone’s ears.

Rumors long persisted that Taylor Swift wanted to play Joni Mitchell, a possibility that was later “squelched” by Mitchell herself, who didn’t seem that jazzed by either Swift’s possible involvement or the project itself. After the Swift rumors—which date from 2012—there was chatter that the film was looking at a number of other starlets to occupy the King and Simon roles, including Allison Williams, Jessica Pare, Analeigh Tipton, Alison Pill, and Ari Graynor. Of course, none of those panned out, and the film is still mired in development issues. (As a lifelong Carly Simon fan—literally, the first new record my parents bought after my birth was “Hello Big Man”—Girls Like Us bothered me, as it’s made up of mostly retread stories told by other people, and simply because it’s baffling why anyone would think that splitting one book among three amazing women would be at all satisfying to anyone. It’s not, and I continue to hope the film isn’t made, or is at least made with massive changes.)

At least we’re getting one (truly) King-centric feature to enjoy, and that’s worth singing about.