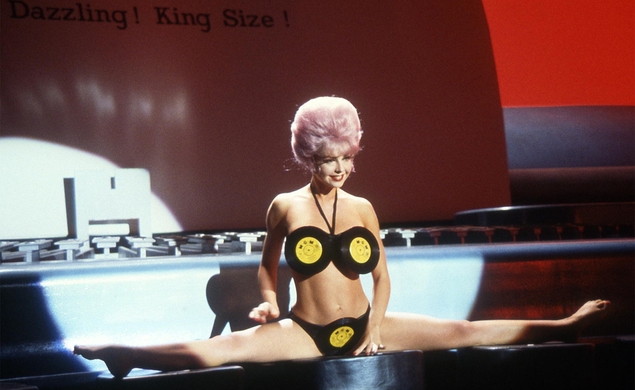 The Dissolve’s own homebase, sweet home Chicago, will play host to CIMMfest No. 7 (that’s the Chicago International Movies & Music Festival, seventh addition) next month, when the annual showcase rolls out four days of fun, music, and movies all around town. The festival aims to show the “inseparable connection between music and movies” with a slew of movie screenings, musical performances, and every possible iteration (like its perennially popular live-scoring programs) in between.

This year’s festival includes a number of incredibly cool-sounding special events, from the awarding of the third annual BAADASSSSS Award to Julien Temple (complete with a retrospective of Temple’s films, from Absolute Beginners to The Filth And The Fury) to a genuinely once-in-a-lifetime chance to drink wine and talk about music and film with Spike Lee. (That program is simply called An Evening of Music, Film & Wine With Spike Lee, which tells you just about everything you could possibly want to know about it.)

CIMMfest is well-known for its live-scoring programs, which feature bands, orchestras, and soloists performing a film’s score—live!—in front of the projected film. This year boasts an excellent variety of these offerings, including Marc Ribot performing to Josef von Sternberg’s The Docks Of New York, Sara Ranganathan and Dominic Johnson adding their own style to Buster Keaton Goes To Bollywood, and Sones de México crafting a score for ¡Que Viva Mexico!.

CIMMfest No. 7 will take place from April 16–19. You can buy tickets, peruse the schedule, and much more right here.