Thomas Newman to score Bridge Of Spies, a fact-based collaboration between Steven Spielberg and Tom Hanks 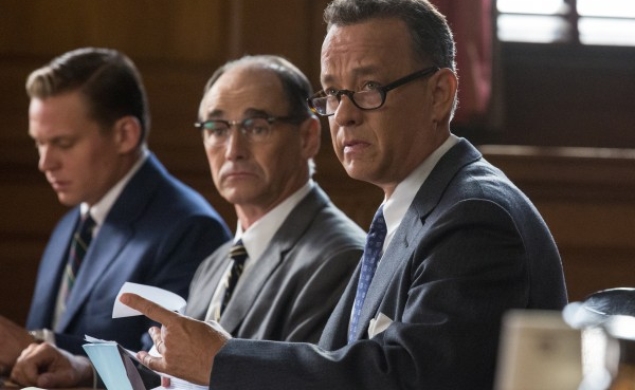 It would be hard to imagine a partnership between a composer and a filmmaker as auspicious, venerable, and memorable as that between Steven Spielberg and his go-to composer, John Williams. Together, they’re responsible for some of the most memorable themes in all of music, from the violins-of-doom in Jaws to the rousing fanfare of Raiders Of The Lost Arc to the music that accompanied people sitting around an airport in The Terminal.

However, in a break from tradition, Williams will not be scoring Spielberg’s new film, a Cold War thriller announced last year and revealed today to be titled Bridge Of Spies. No, Spielberg and Williams aren’t, as the young people say, “beefing.” Williams was unable to handle scoring duties due to some minor heath problems that have thankfully been resolved; he’s already on board to score The BFG, Spielberg’s next film.

With Williams out of commission, Spielberg hired Thomas Newman to compose the score for the fact-based Bridge. Newman is part of the fabulous Newman dynasty of composers: His father, Alfred Newman, won an astonishing nine Oscars for Best Score; his brother David, sister Maria, uncles Lionel and Emil are all composers; and his cousin Randy is a composer as well, in addition to being one of the greatest pop songwriters of the 20th century.

Though Williams was unavailable for Bridge Of Spies, the drama does find Spielberg reuniting with another favorite collaborator: Tom Hanks, who will play James Donovan, a lawyer who worked for the CIA to furtively arrange the release of an American pilot shot down over Soviet airspace in 1960.

According to Collider, the film’s title comes from the actual bridge in Germany where prisoner exchanges were handled during the 1960s, though in my mind, it refers to a bridge made out of actual spies that endures a Sharknado that rocks it to its very core. Maybe Spielberg can make that movie after he’s done with this serious spy movie.

Bridge Of Spies opens on Oct. 16, 2015. Bridge Made Out Of Spies will hopefully premiere shortly thereafter.