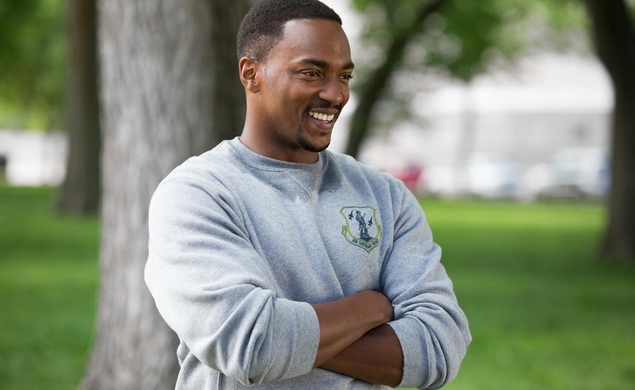 Jesse Owens made headlines back in 1936 when Hitler tried to use the Berlin Olympics to illustrate the superiority of the Aryan race, and Owens, an African-American sprinter from the United States, started winning big and throwing the Fuehrer into a furor. (Wordplay!) Owens made Hitler look like quite the fool (if Hitler were in a cartoon, steam would have started pouring out of his ears), and that guy did not take too kindly to having his ignorant racial theories shown up on an international stage.

It’s a hell of a story, to the point where there are no fewer than three—yes, three—films involving Owens in development. Most notably, Anthony Mackie, who bears a strong physical resemblance to the legendary Olympian, has been developing a biopic for years. Now, according to Deadline, Relativity is looking to buy a script from George Olson, with Mackie in mind for the lead role of Owens.

Two additional studios are in a mad race (wordplay!) to get their Owens project into theaters. Focus Features already has a release date for its Owens project, Race, which casts Stephan James as Owens and William Hurt, Jeremy Irons, Jason Sudeikis, and Carice van Houten as a bunch of white people. The film will be directed by A Nightmare On Elm Street 5 auteur Stephen Hopkins and will hit theaters on April 8, 2016.

Disney is also developing a biopic based on Jeremy Schaap’s Triumph, with The King's Speech scribe David Seidler on screenplay duties. Race is obviously a done deal, but it’ll be interesting to see whether Triumph gets made if Mackie’s dream project beats it into development.

I know what you’re thinking, because I’m thinking it too: “Whoa! That’s a lotta Jesse Owens movies for one time period. We get it, the guy cheesed Hitler something off proper, but can’t you make a movie about a superhero or something? Maybe based on that comic-book cover where Superman punches Hitler?”