Criterion’s June titles include My Dinner With Andre, The Fisher King, so much more 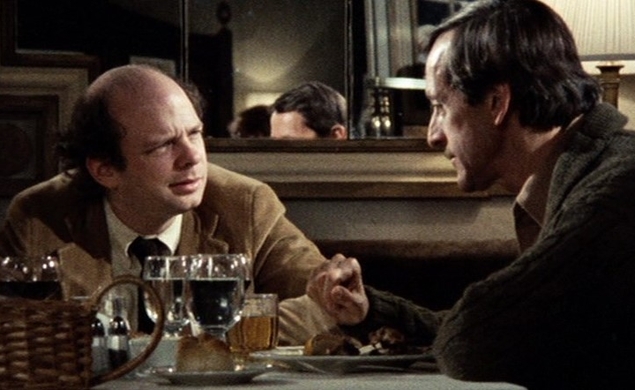 It would be nice to imagine that the diligent restoration artists of the Criterion Collection are all taking the first two weeks of June off, only to swoop back into the office mid-month to release a truly wonderful set of three films that will please scads of their dedicated fans. That’s one interpretation of the company’s June release calendar, one that suspiciously lacks any new offerings for two whole weeks, but the truth is something far less relaxing: everyone at Criterion is probably going to be busting their butts to deliver a three-fer on June 16 that, while not as stress-free as a vacation, is far more rewarding.

On June 16, the Criterion Collection will release three films from André Gregory and Wallace Shawn, a stunning sample of what the two actors—of stage, of screen, of both—have created together. You can buy the three films, including My Dinner With André, A Master Builder, and the filmed stage version of Vanya On 42nd Street, as individual offerings or in one (and, let’s be frank here, very well-priced) Collector’s Set, modestly titled André Gregory & Wallace Shawn: 3 Films.

The Collector’s Set is available in both Blu-ray and DVD and, if you order now, both sets are just $79.96 each. (See! We told you it was well-priced!) Each set includes the films, an interview of the pair from 2009 (conducted by Noah Baumbach), a documentary about Vanya, essays by Amy Taubin and Steve Vineberg, and so much more. Sure, Criterion frequently puts out wonderful home-video offerings that any cinephile would go nuts to own, and it’s easy to write off the whole collection as essential, but this set really is essential. All three films are also available individually on Blu-ray or DVD, and though this is the first time A Master Builder has hit the collection, My Dinner With André was previously only on DVD, while Vanya On 42nd Street was previously purchasable on both Blu-ray and DVD. And yes, if you’re looking to upgrade to Blu-rays, it’s cheaper to purchase the Blu-ray set right now.

This round dent your wallet? Too bad, because the rest of the month is still packed with excellent offerings. On June 23, Criterion will release Bernhard Wicki’s Oscar-nominated anti-war war film The Bridge for the first time, along with Terry Gilliam’s The Fisher King, which is also new to the collection. Both films have been restored and come complete with a wide variety of supplementary materials. (The Fisher King in particular comes with some great stuff, including costume tests, a video essay, and commentary from Gilliam.)

The month winds down with two very different picks hitting shelves on June 30. New to the collection is the Czech feature Valerie And Her Week Of Wonders, an unparalleled spin on the fairy tale from Jaromil Jires. Also available on June 30: Bob Rafelson’s Five Easy Pieces, which previously was only available as part of the America Lost And Found: The BBS Story. This new version of the Jack Nicholson-starring feature boasts a brand-new restoration, documentary offerings, and an essay from Kent Jones. (The Gregory and Shawn set is a winner, but this is the one I’m splurging on this month.)