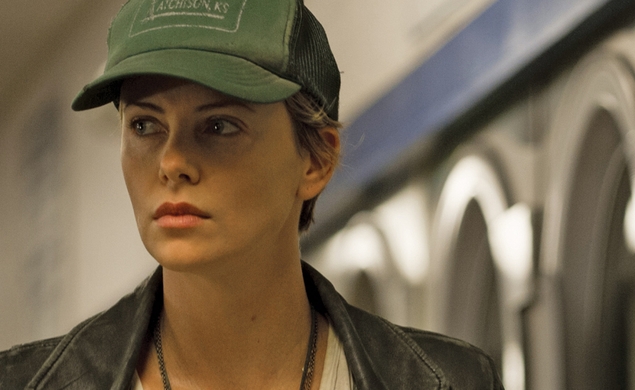 Over a relatively short period, bestselling author Gillian Flynn has handily created her own niche of fast-paced, quick-reading, and genuinely horrifying fiction, thanks to novels like Sharp Objects, Dark Places, and Gone Girl. Flynn’s stuff is detailed and twisted and actually shocking, and she’s not afraid to center her work on female characters that are, without hyperbole or qualification, often as far from “likable” and “relatable” as you can get. In short, Flynn’s stuff is great, so it’s no wonder that Hollywood would rush to toss it up on the big screen.

Last year, adaptations of all three of Flynn’s novels were in various states of production, with David Fincher’s starry Gone Girl hitting theaters first and quickly emerging as the Flynn movie to beat. Sharp Objects, her first novel, eventually morphed from a movie to a television series (still in pre-production) with Marti Noxon at the helm, while the Charlize Theron-starring Dark Places quietly moved around the release date calendar (at one point, it was rumored to open within weeks of Gone Girl) before kind of just dropping off into nowhere.

The film’s first trailer might be a solid indication of why that happened, because if it looks scary, it’s only because it looks terrifyingly bad. Make no mistake, there’s good material here, and some mostly excellent casting, but this first glimpse isn’t heartening, mainly because of a distinct lack of appropriate tone that is concerning to a big-time Flynn fan—like me!—who isn’t sure why director Gilles Paquet-Brenner isn’t willing to let this thing actually get dark.

Theron stars in the film as Libby Day, the only survivor (sort of, but we’ll get to that) of a horrible massacre that killed her entire family (again, sort of) as a child. Libby has spent most of her life benefitting from public goodwill and interest, but now that she’s an adult, no one really cares and the money just isn’t there. Well, the Kill Club cares. A loose collection of murder-obsessed kinda-weirdos, the Kill Club approaches Libby and offers to pony up some cash for her to do something awful: Help them exonerate the man she testified against and who went to jail for the crimes. That man is her brother. TWIST. Like Flynn’s other novels, Dark Places changes time periods and perspectives with frequency, and while that works on the page, it’s the first thing that sticks out in this new trailer, and it doesn’t get much better from there.

There’s absolutely no delicate way to say this, so here it is: Charlize Theron looks too good for this role, like physically. Libby Day is a small, squirrely, and physically damaged individual, and tossing a trucker hat on a beauty like Theron is not cutting it and actually feels just really lazy. And that’s weird to say, because we all know that Theron is able to wildly transform her appearance—hey, Monster—in service to a story. It’s one of the reasons why this casting sounded so good! Elsewhere, Chloe Grace Moretz is staggeringly over the top, hamming up her Diondra in embarrassing fashion and stealing the screen in the worst way possible. At least Corey Stoll and Tye Sheridan are here, both playing Libby’s brother at different periods, though neither of them pop up in this trailer enough to leave a lasting mark.

If the trailer leaves any kind of lasting mark, in fact, it’s a bad one.