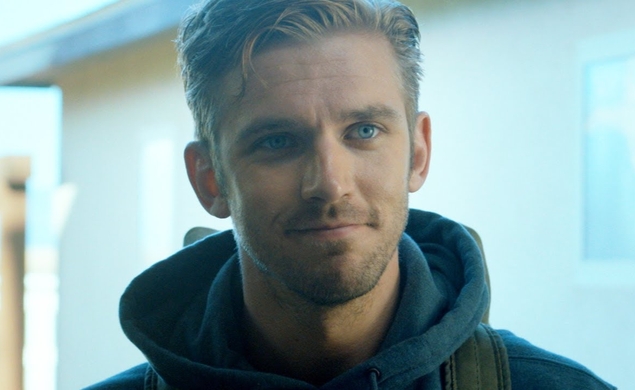 It may not be an actual song—yet—but consider a possible mash-up of The Guest and “Be Our Guest” and boom, instant earworm. “Be our the guest! Be our the guest! Put your military service to the test! Tie this garrote around your enemy’s neck, cherie, and we’ll provide the rest!” It’s not a perfect song, but it’s certainly catchy, and we expect a video version of it to hit the web within the next two hours or so.

In a perfect collision of perfect things, The Hollywood Reporter shares Dan Stevens (from The Guest, that’s the source of the joke here) is in negotiations to play the Beast in Disney’s live-action Beauty And The Beast film. (This is the one that stars Emma Watson as Belle and has Bill Condon on board to direct and, coincidentally, this is the first piece of information about the film that has me genuinely excited for the feature, no matter how much I love Hermione.) As THR reminds us, the film is a “French fairy tale, [that] tells of a young woman who takes her father's place as a prisoner in a monstrous being's castle, only to fall in love with the creature, who turns out to be a prince.”

Well, not only is he a prince, with Stevens behind whatever hideous get-up they put him in, he’s also a total babe. Good for you, Belle.

Stevens is best known for his work on Downton Abbey, a show that I don’t even watch but that I somehow know doesn’t involve a ton of happy endings for his cousin Matthew. (I also know that he was cousin Matthew! Downton Abbey permeates the world!) But he made a big splash last year with his turn in Adam Wingard’s stylish horror film The Guest. People talk a lot about charisma and appeal and that nebulous “it factor,” but whatever “it” is, Stevens has it, and it was on full display in The Guest. This is a guy who has the chops to be a formidable leading man, and Beauty And The Beast is a wonderful first major role for him.

The film has also cast its other male lead, the dunderheaded but very fit Gaston, as Variety reports that Luke Evans will play the big-talking strongman in the film. It’s unclear how much the new film will deviate from the original story, but the outlet catches us up a little, sharing that “in the original tale, Gaston was the handsome antagonist who tried to win Belle’s heart and, after losing it to the beast, led a group of townspeople on a hunt to kill the creature.” Basically, he was a blowhard who was also really mean and not at all good at losing or respectful of a woman’s right to choose her own destiny. Not attractive.

Evans has recently picked up a lot of work, from toplining the reportedly franchise-starting Dracula Untold to dropping The Crow to starring in Ben Wheatley’s recently wrapped High Rise. The guy seems to be edging into darker territory as of late, so playing a baddie like Gaston, one that has some real issues no matter how much I make fun of him, is a solid move.

Beauty And The Beast is set to start filming later this year. It does not yet have a release date.