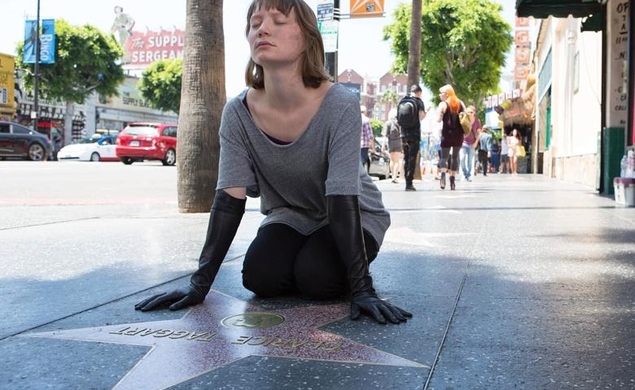 The David Cronenberg-directed Maps To The Stars finally makes it to theaters in the United States this week, and with it comes a grotesque take on modern Hollywood that’s part insider satire—a specialty of screenwriter Bruce Wagner—and part unsettling ghost story. This is the first film Cronenberg has shot even partly in America, and the film’s most unnerving element is how naturally its sunshine-and-swimming-pools world adapts to the cooler gaze of his camera. Cronenberg’s hardly the first to explore the more absurd elements of Hollywood, or to show how that absurdity can edge into darkness. Below you’ll find a few of our favorite Hollywood satires from the past.

Nathan Rabin, Sunset Boulevard (1950): Part of the genius of Billy Wilder’s 1950 show-business satire/film noir Sunset Boulevard lies in Wilder’s ability to get Hollywood to play along with one of the most corrosive explorations of the perversity and gothic horror of Hollywood ever committed to film. Wilder was unable to score Mae West for the Norma Desmond role, but he leaned back to an even earlier era and secured the talents of silent film superstar Gloria Swanson, who delivers a performance so theatrical it seems to aspire to singlehandedly bring back the age of the silent picture. As her manservant, Wilder got no less a towering figure of silent film than Erich von Stroheim. Buster Keaton, Cecil B. DeMille, and Hedda Hopper all contributed cameos, but the heart of the film lies in the toxic, co-dependent relationship between a cynical, down-on-his-luck screenwriter played by William Holden and the insane former movie star who takes a deadly interest in his career. Sunset Boulevard has one of the most famous openings in film, with its protagonist dead in the water yet still somehow narrating the proceedings, and one of the most famous endings, with Desmond fully embracing her madness. But everything in between is just as memorable in this brutal take on a town and an industry that Wilder knew all too well.

Scott Tobias, Barton Fink (1991): The Coen brothers have more on their agenda in Barton Fink than just spoofing Hollywood—the film is, foremost, a comedy about the life of the creative mind. But through the story of Barton Fink (John Turturro), a high-minded New York playwright who get lured into the working for a movie studio, they’ve incidentally made one of the great showbiz satires. In the figure of Jack Lipnick, the man-behind-the-desk at Capital Pictures (“where the writer is king!”) in 1941, the Coens feast on the image of a bellicose studio boss who says he wants one thing (“that Barton Fink feeling,” which he assumes his new writer has in spades), but really wants another Wallace Beery wrestling picture. Just as the Coens poke fun of Barton’s pretensions to social justice and artistic greatness, they also show contempt for Barton’s studio tormentors, who squeeze him into a narrow creative box. In their view, Hollywood is where true creativity goes to die.

Keith Phipps, The Player (1992): The Player has been so widely imitated that its jaded take on Hollywood as a place where untalented half-wits and egomaniacal sharks recycle the ideas of the past has become the default way of portraying the film industry. Working from a script by Michael Tolkin, Robert Altman’s film didn’t offer a radical new take on its subject, but its unrelentingly acidic tone set it apart from past send-ups. The film follows would-be mogul Griffin Mill (Tim Robbins), who has to deal with a perceived threat to his job security and actual threats from a stalker whom he misidentifies as a struggling screenwriter, David Kahane (Vincent D’Onofrio). After murdering Kahane, the threats turn to blackmail as Mill navigates a cameo-packed version of Hollywood where the cry of “Movies, Now More Than Ever” sounds hollower every time someone says it. The irony of the film’s pile-up of happy endings runs deep and extends beyond the film itself: The poisoned valentine put Altman back on the Hollywood map after a long fallow period in the 1980s, allowing for a string of rich, late-career films that always felt more like art than product.

Tasha Robinson, State And Main (2000): No matter how good a series of gags are, they tend to be forgettable without a strong central story to hold them together. Which is why David Mamet’s comedy State And Main has always stood out for me: It’s a funny, black, even contemptuous look at a bunch of filmmakers fighting through a series of production setbacks, but it’s a solid story as well as a silly one. Credit for that goes to Mamet’s script, but also to the casting of William H. Macy as the beleagurered director trying to deal with a horndog leading man (Alec Baldwin) with a creepy underage-girl fetish; a leading lady (Sarah Jessica Parker) who’s decided she needs an extra $800,000 for her contracted nude scene; an angsty, blocked screenwriter (Philip Seymour Hoffman) who doesn’t deal well with the constant change and compromise around him; and a primary shooting location that burned down. Part of the genius of State And Main is that none of these elements really sound funny—several of them lean more toward “distasteful”—but Macy has always played frustration and desperation sympathetically, and he really sells the rat-a-tat dialogue as he alternates artistic concerns with practical and venal ones. This is a film about people motivated more by contracts than art, and the film they’re making (much like Kevin Bacon’s film in the similarly goofy The Big Picture) sounds awful, but that’s part of what makes it a satire: There’s a sense that all this is only a slight exaggeration, that on great films and small ones alike, this is how the sausage gets made. Even if the project itself isn’t creative, the endless problem-solving has to be.

Genevieve Koski, Tropic Thunder (2008): Ben Stiller’s 2008 comedy Tropic Thunder has precisely one joke—Hollywood and the people who inhabit it are fundamentally ridiculous—that it hammers into the ground for 107 minutes. But, oh, how sweet that hammering is. Tropic Thunder is so broad in its humor that it arguably tips over from satire into straight-up parody—particularly in the spot-on faux trailers that open the film—but there’s a strong thread of self-awareness running through the script and performances that gives it just enough bite to linger once the image of Tom Cruise in a fat suit and bald cap has faded from memory. (Just kidding, no one will ever forget that.) Stiller and Justin Theroux’s script is at both its most obvious and most hilarious when it’s lampooning the self-importance and pomposity of actors who are fundamentally playing dress-up for millions of dollars—or, as Robert Downey Jr.’s black-by-way-of-surgery Method-actor character Kirk Lazarus puts it, “I’m a dude playing a dude disguised as another dude!” But perhaps the most trenchant moment in Tropic Thunder is the revelation that the Vietnam War memoir these people are supposedly adapting in gritty, realistic fashion is completely fabricated, a reveal that tweaks both Hollywood’s obsession with “based on a true story” and its general ambivalence toward the “true” half of that phrase. Turns out there’s no such thing as authenticity in Hollywood, just the deluded, silly people who pretend there is.

Rachel Handler, In A World (2013): In A World is ostensibly about a highly specific portion of Hollywood: the voiceover industry. But through that specific lens (or speaker, as it were) star, writer, and director Lake Bell incisively skewers wide swaths of Tinsel Town. The film follows Bell as Carol, a burgeoning voiceover artist trying to follow in the footsteps of her father, Sam (Fred Melamed), whose rich, booming baritone narrates film trailers. She’s waylaid by several factors: Her dad, who’s afraid she’ll, quite literally, steal his thunder; her own insecurities; and the male-dominated voiceover field, which stands in for Hollywood at large. Starting with the movie’s title, which lovingly mocks the late Don LaFontaine’s overused trailer trope, Bell slyly satirizes the film industry from top to bottom: Here are the two-faced, back-stabbing up-and-comers; the deeply insecure but narcissistic stars at the top of the heap; the vast age gaps between romantic partners; the unending dystopian franchises (The Amazon Games) and genre mash-ups (a “children’s rom-com”); and, of course, sharp and critical looks at the myriad roadblocks faced by women who want to succeed in a boys’ club—including the pressure to talk and act like “sexy babies.”