The trailer is not the movie 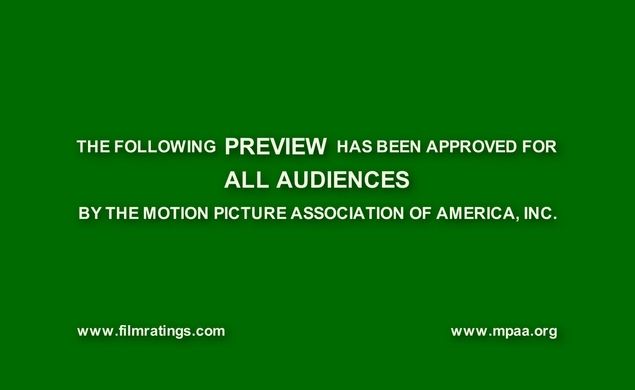 A while back, our own Tasha Robinson wrote a great piece on how freaking out, months, even years, in advance about movies based on rumors, gossip, or just plain misinformation was a pointless exercise that benefited neither filmmakers nor filmgoers, and just filled the Internet with more gusts of hot air. Tasha did not mention trailers in her essay, however, and I have found that trailers are perhaps the premiere source and subject of hysterical, shrill, and misinformed pre-release cinematic freak-outs.

It seems like every time a big movie trailer debuts, there is a flurry of uninformed, or barely informed, opinion on whether the trailer in question ensures that the film it advertises will be good or not. That makes sense, and in trailer posts here at The Dissolve, we’re naturally inclined to try to glean as much as possible from these sometimes irresistible, sometimes loathsome looks into cinema’s future. But there’s also a tendency, online in particular, to make trailers out to be far more important than they actually are, to act as if they are the films they advertise in microcosm rather than, well, advertising, two- or three-minute long commercials with a single goal in mind: to move product, to sell tickets and lure audiences into theaters by any means necessary.

Trailers generally try to seduce filmgoers by making whatever they’re advertising seem as similar as possible to what has already proven popular. This leads to a tendency to make films look like cookie-cutter product rolling smoothly off an assembly line. There’s a one-size-fits-all approach to many trailers—the “in a world” narration from the same handful of voiceover artists (smartly sent-up in Lake Bell’s charming In A World), the unconscionable use of the same earworm anthems over and over again, the predictable arc that takes protagonists on a journey from naiveté to self-actualization—that makes movies seem identical, or at least constructed from the same musty blueprints, no matter how different or difficult they might be.

Anyone who lived through the late 1990s, for example, might recall an era where seemingly half the trailers released were soundtracked by The Spin Doctors’ “Two Princes,” Third Eye Blind’s “Semi-Charmed Life,” or a Smash Mouth song. That’s not because these songs had a special, important connection to the films they were advertising, but because the trend at the time was to feature these instantly recognizable anthems in as much film advertising as possible. The film world is particularly subject to groupthink, but nowhere is this tendency as pronounced as in trailers, where difference is viewed with suspicion and the tried-and-true is innately trusted. So if the trailer for a film looks dire, it might be because the film is terrible, or it could just as easily be because the sameness of trailers tend to make films look pretty dire and unoriginal.

So it’s not surprising that when the trailer for the Judd Apatow produced-and-directed Amy Schumer vehicle Trainwreck, which Schumer also wrote, debuted online, it looked an awful lot like the trailers for conventional romantic comedies. It hit many of the same beats with a little more personality and Schumer-style raunch. Unsurprisingly, a flurry of barely informed but deeply felt opinions about the trailer were being bandied about online. There was the predictable grousing about how the trailer proved that Apatow had lost his touch and the movie was going to terrible, in addition to a surge of excitement about someone as unusual as Schumer getting to headline a mainstream comedy.

Judging a movie by its trailer, however, is the cinematic equivalent of judging a gift by the box it came in. For various reasons, often having to do with commerce, trailers have a tendency to misrepresent the films they’re advertising. This takes on many forms. A misleading trailer might misrepresent the tone of a film, or its plot or even its genre. To cite a particularly egregious, if obscure example, a trailer for the forgotten Frank-Whaley-starring and directorial vehicle The Jimmy Show made it look like an upbeat, quirky comedy about a lovable nut chasing his dreams instead of a deeply depressing, resolutely non-commercial drama about a suicidal failure.

But there’s another, official trailer for The Jimmy Show that all too convincingly conveys its tone in a way that makes the film seem as unappealing as possible. These trailers are advertising the same film and drawing from the same footage, but they seem to be selling different movies. All it takes is some upbeat music, a zany needle-scratching-a-record-sound-effect, and a narrator reciting well-worn cliches about a “dreamer who woke up and discovered everything he was dreaming about was right in front of him” to make a miserablist downer look like a quirky, familiar crowd-pleaser.

To cite a more recent example, the Fantastic Four trailer trembles with a solemnity and underlying seriousness that makes it seem a lot more like Interstellar than a superhero movie. Having not seen The Fantastic Four, I have no idea whether it misrepresents the tone of the film—if the movie really is that solemn that’s a pretty audacious move—but I will argue that it’s difficult, and sometimes impossible, to judge the tone or quality of a movie from a trailer.

Yet that doesn’t keep people online from arguing with a maddening but seemingly Internet-wide false certainty that the quality or tone of a movie’s trailer determines the quality or tone of the movie itself. I don’t have a problem with people watching a trailer and saying, “That looks good” or “That looks bad.” We all do that. I do that. But when people watch a minute-and-a-half of highly edited scenes from a movie and announce with certainty, “That will be good” or, “That will be awful,” I get irritated by their God-like prescience in knowing the ultimate value of something they have not been able to experience yet.

Trailers can make great, original films look tedious and unoriginal. They can also make mindless, obnoxious spectacle seem explosive and exciting. They’re advertising, and advertising is often cynical, homogenous, and fundamentally dishonest. At the same time, I don’t want to be overly critical of trailers, because they serve an important function. When I was a kid, the coming attractions were my favorite part of the moviegoing experience. And there are trailers that reach the level of art, that are masterful excursuses in storytelling and editing in their own right.

The problem lies in putting too much value in trailers, in assuming that they tell the whole story when at best, they barely provide a rough synopsis, one that often isn’t even that accurate. The psychology of the filmgoing experience ensures that we’ll never stop getting excited or dispirited by trailers, rightly or wrongly. Yet it’s important to put that excitement or dread into a proper context and realize that these slices of pre-release hype only give us a small, potentially misleading glimpse into what’s to come.