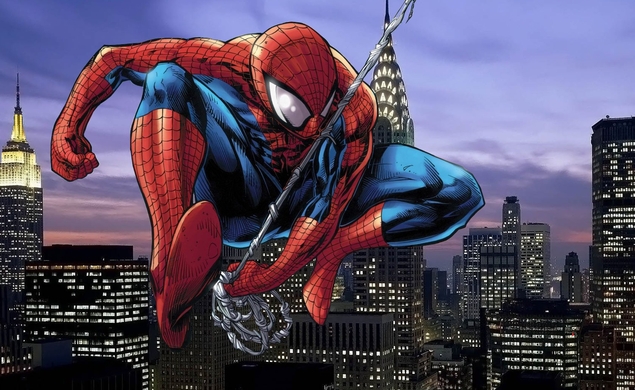 Even as the insanely lucrative Marvel Cinematic Universe continues to expand in every direction, there have remained a few holdout creative properties that Marvel Studios has not yet been able to assimilate into their intertextual world. Like it or not (and for many fans, it’s “or not”), 20th Century Fox owns the right to the X-Men and the Fantastic Four, which makes it all but impossible to incorporate them into Marvel Studios’ larger MCU mythos from a legal standpoint. The dull, far-off rumbling you may have heard last night resulted from the news that the other property that Marvel has coveted for so long has now fallen back into their money-lined grasp.

The Hollywood Reporter notes that in a major move last night, Sony Pictures Entertainment has agreed to work with Marvel Studios both to introduce Spider-Man to the established story architecture with his presence in a crossover film, and a new solo film to arrive in 2017. For people who care about comic books—a group which, hearteningly, grows larger with every passing day—this is a deal of considerable size. Bigger than a big deal, maybe even a huge deal. But it’s not all web fluid and wisecracks; some have rightful misgivings about this tectonic shift in the world of Marvel. Let’s break it down below:

Spidey is indispensable for what Marvel has planned next
The third Captain America solo film has already been announced with the subtitle Civil War, a major storyline during the mid-2000s in the books. The titular war breaks out between Cap and Tony Stark’s Iron Man over the Superhuman Registration Act, a proposed bill that would regulate superheroes and refashion them as government employees. (You know, like Watchmen already did!) In the comics, Spidey’s [BIG SPOILERS A-COMIN’] initial alignment with pro-Registration Iron Man and eventual defection to Captain America’s rebellion was the moral core of the narrative. Without the webhead, Civil War can’t go much of anywhere. Chances are that he will make this film his point of entry to the MCU.

It’s time for a new face behind the mask
Andrew Garfield, I love you, but you’re bringing me down. Over the course of Sony’s two criminally misnamed Amazing Spider-Man films, Garfield demonstrated himself to be a fine thespian, but a piss-poor superhero. Ostensibly, it will be a different Spider-Man than Sony’s who arrives in the MCU, and accordingly, he’ll need an infusion of new blood. Rampant speculation about who could slip in the Spandex has begun without any delay, and the best pitch I’ve heard thus far came from a friend on Twitter: He’s got other stuff going on right now, but Donald Glover would still make for a great webslinger. Maybe it’s time to dust off those old #Donald4SpiderMan hashtags?

The Iron Spider armor may see the light of day
Spider-Man’s a dude of many costumes, from the far-out Cosmic Spider-Man to the insidious Symbiote Suit. The Civil War storyline brought Spidey his coolest duds ever, a Stark Industries creation called the Iron Spider armor. Symbolic of Peter Parker’s allegiance to Iron Man in the Civil War, the Iron Spider armor rocks a flashy red-and-yellow palette and includes a host of technological updates. It’s part suit, part mission-control. I’ll leave it a surprise, but if you really want to know what the coolest part of the suit is, take a look at this.

We might get to see Spider-Man fight the Hulk
Spider-Man’s entering the Marvel Cinematic Universe. That’s where the Hulk lives. If they’re in the same universe, maybe they’ll fight one another. That’d be pretty, pretty cool.

It’s gonna be a while until we get to the non-white guys
When Marvel announced that they would debut a new Spider-Man solo film in 2017, that necessarily meant that some of the previously scheduled projects had to be pushed back. Such is a necessity of showbusiness, but the implications are a little ugly. Spidey’s in for July 2017, a spot previously held by Thor: Ragnarok, which will move to Nov. 3. Chadwick Boseman’s breakout Black Panther film—the first Marvel superhero flick with a person of color as the lead—was originally slated for then, and has now been bumped to July 2018. That move pushes the woman-led Captain Marvel to November 2018, and Inhumans to July 2019. Of course, the new addition of Spidey necessitates shuffling properties around. But why’d it have to be all the progressive, fresh-sounding ones?

Cinematic Universes are kind of lame
As is the case with most ideas in this world, our treasured Scott Tobias has already elucidated it as gracefully as can be. Connected universes aren’t an intrinsically good idea, as they eventually lead to overstuffing and the prioritization of story propulsion over the joys of dialogue and character development. Last summer’s Guardians Of The Galaxy only suffered from the uncomfortable shoehorning of Marvel’s larger mythology into it. Thanos was the film’s weak link; the fear that servicing the Universe may overshadow organic storytelling convention is not entirely unfounded.

All that being said, Spider-Man might fight the Hulk, so it’s really a wash.