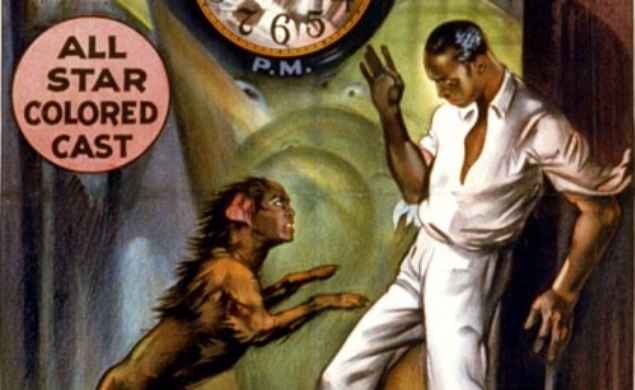 Hollywood experimented with films with all-black casts in the 1940s with musicals like Cabin In The Sky and Stormy Weather, but the first films with all-black casts were generally independent productions created on extraordinarily low budgets for black audiences. Oscar Micheaux is the most famous of these early African-American film pioneers, who did not allow the lack of opportunities afforded by the studio system to keep them from expressing themselves creatively.

Now Micheaux is among the black film revolutionaries Kino Lorber is hoping to pay tribute to with Pioneers Of African-American Cinema, a series of releases on Blu-ray and DVD the company is hoping to fund via a Kickstarter campaign. Curated by film historians Charles Musser and Jacqueline Najuma Stewart, and presented by Executive Producer DJ Spooky, the films will be released with a series of different scores. While each will have a soundtrack that replicates the one it would have actually received at the time of its release, some films will also receive more contemporary scores created by folks like DJ Spooky, combining the past with the present to showcase the film in a more modern, trippy light.

The series will feature an intriguing selection of movies, including what were once known as “race films” by white filmmakers like Richard E. Norman and Frank Peregini, rarely seen footage by Zora Neale Hurston—who would later go on to greater fame as the author of Their Eyes Were Watching God—and films from early black filmmakers like Micheaux and fellow pioneers Spencer Williams and Richard D. Maurice. In all, Pioneers Of African-American Cinema will be a four-disc collection containing eight films, short films and fragments, as well as essays and booklets to place the movies in a more complete historical context.

The Kickstarter page is worth checking out for the glimpses it provides of the films included in the set and the gorgeous and sometimes surreal posters used to advertise these renegade early films. I’m particularly intrigued by Richard D. Maurice’s Eleven P.M (the poster for which illustrates this article), which features a man squaring off against what looks like a dog with a human woman’s face.

Premiums for the Kickstarter include a one-hour DJ lesson from DJ Spooky himself (who helped kickstart a fusion between hip-hop and silent film with his remix of Birth Of A Nation), copies of the series and other Kino-Lorber releases, and the opportunity to get your name in the credits. But more importantly, you’ll be helping restore an essential part of black cinematic history, which is its own reward. But the DVDs and other chazerai are also nice.