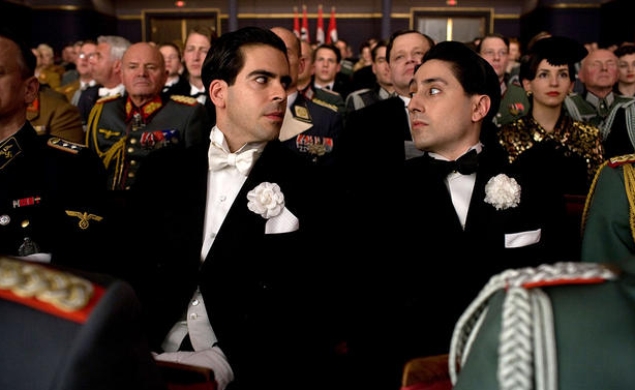 In August 2013, Slate published the article “These Are Taken: Why don’t movie theaters have reserved seating?” In the article, Mark Vanhoenacker makes a case for why American movie theaters should adopt reserved seating, as many countries already had. It’s a strongly constructed argument: It works elsewhere, it eliminates the need to arrive early at the theater, it guarantees that parties who arrive together will get to stay together, it cuts down on awkward “Is this seat taken?” interactions, and it eliminates the need for moviegoers to hold seats through awkward methods like draping coats and hats over seats.

Sounds great, right? And maybe that’s why more and more theaters have started adopting reserved seating in the months since that article’s publication. Yet, for reasons both philosophical and practical, I can’t think of a more odious trend in exhibition (apart from the occasional attempts to bring in a “second-screen experience”).

First the philosophical: Moviegoing is one of our last great democratic cultural experiences. The notion of choosing a seat in the auditorium makes me bristle. When I go to the movies, I’m happy for it to be an experience where everyone in the theater feels like they’re all in it together on the same terms. True, as Vanhoenaker’s piece points out, “It simply rewards those who plan ahead and get there early rather than those who plan ahead and reserve a seat online,” but he reveals the problem with this in that sentence’s second half, which concludes “not everyone has Internet access, but then not everyone has a free half-hour to burn, either.” And that’s the other philosophical issue with reserved seating: It’s creating a class system for moviegoing, splitting it between “nice” theaters where patrons pay a higher price and get to pick their seats and lesser theaters without those options. Maybe that’s why, as Vanhoenaker points out, the Paris city council rejected attempts to implement it as it “harms the cinema, by definition a popular art.”

Yet, realistically, I want the best moviegoing experience I can get. I’d be a hypocrite if didn’t admit that when a movie I want to see is playing in both a well-maintained multiplex with good sight and sound and stadium seating and a charmingly run-down neighborhood theater, I’ll take the multiplex every time. If all of them adopt reserved seating, I’m not going to avoid them on principle, as much as I’d like to. With movies, pleasure beats principle.

Ultimately, I’m bothered more by the practical aspects of reserved seating. In Chicago, we frequently have critics’ screenings at a large multiplex that’s been an early adopter of the reserved-seating model. It’s a nice theater, one of my favorite multiplexes. But that’s also meant the first 20 minutes of any given screening often involve ushers asking patrons in the wrong seat to move since invariably no one ends up in the right one, no matter how clear the system. This might change as we get increasingly used to reserved seating, but that still seems a long way off.

But even when the system works, I hate it. I choose my seats based where I’m most likely to be able to watch a movie without distractions. There’s strategy to this: The over-70 patrons at a matinee almost invariably chat away during a movie. They’re to be avoided. Anyone talking on the phone before a movie begins will likely keep talking on it once the movie starts: Also to be avoided. Does this person look likely to text during the movie? I want them out of my sight lines. I make dozens of little calculations before I sit down and they don’t stop once I’ve chosen a seat. I don’t mind other patrons talking during the trailers, but if they’re talking too much it tells me they’ll probably keep talking during the movie. If so, time to move. And if they’re talking during the movie, I need to move elsewhere. Reserved seating makes it impossible to choose a seat based on what I see in the theater and then locks me in, unable to move if where I’ve chosen plants me in the middle of a bunch of distractions.

Here’s an example: A couple of weeks ago I reviewed Taken 3, one of a slew of January releases dubbed too important to be screened for critics in advance. The most convenient option for me to see it was at a multiplex that recently brought in reserved seating and recliner chairs. (That’s another bad idea, but outside the scope of this piece.) I bought tickets online but arrived early anyway. When I got there, another party had taken a block of seats that included mine. I pointed this out and they were nice about it. But if they hadn’t been, there was no usher to shoo them off. I ended up sitting behind them. One texted through the entire movie—not an exaggeration—while pair two chattered away. If I’d had the option, I would have moved to sit somewhere else. But I didn’t.

Reserved seating gives moviegoers one choice—where they want to sit—while eliminating others. It’s a hard-to-implement system that will ultimately increase dissatisfaction and add to the annoyances of modern moviegoing rather than reduce them. It also breaks with the democratic spirit of moviegoing’s past. Let’s think twice before making it a part of the future.