James Bond, Jr. is the most off-model of off-model Bonds 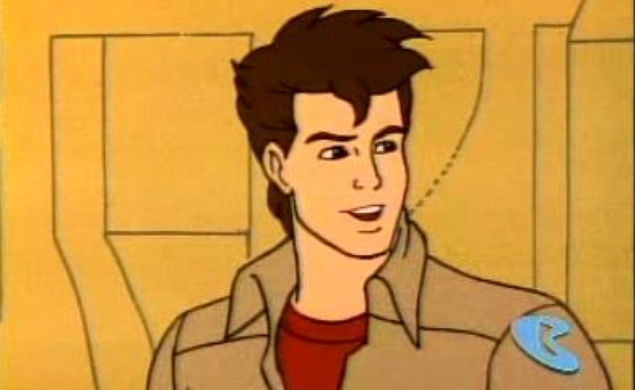 The first, and most important, thing to remember about the early-1990s television cartoon James Bond Jr. is that the protagonist, somewhat confusingly, is not the son of the legendary spy created by Ian Fleming and portrayed on screen by everyone from Sean Connery to Daniel Craig. No, James Bond Jr. is the nephew of James Bond and the son of James Bond’s brother, who, somewhat confusingly, is also named James Bond. Apparently, due to a shortage of some kind, there simply weren’t enough new names to go around, so everyone in the Bond family was stuck with “James.” It’s not unlike George Foreman naming all his kids George Foreman.

James Bond Jr. suffers from the Poochie Effect: James Bond (that would be 007, not his brother) is never actually seen on screen, but the characters simply cannot stop talking about him and his derring-do and relationship with the relatives of all of the cartoon’s other characters. When the jeans-clad, sneakers-wearing younger Bond meets a brainy science nerd with a genius for gizmos, he eagerly offers, “My grandfather Q and your uncle are great friends,” and when the younger, lesser Bond meets a mulleted, blond surfer dude named Gordo Leiter, Leiter helpfully volunteers, “My dad works with your uncle.” Even the show’s theme song is obsessed with the uncle more than the nephew, with lyrics like, “He learned the game from his uncle James, now he’s heir to the name, James Bond!” (Start the below clip at about 2:21.)

The show never does articulate what James Bond Jr.’s dad, James Bond Sr. does, so I like to think he’s a line cook at one of Jimmy Buffett’s Margaritaville franchises in New Orleans. I imagine he’s a humble guy who, when asked about his famous heritage, demurs that saving the world might be fine for his brother and his son, but he’s content just to make mango margaritas and serve up Cheeseburgers in Paradise for drunk tourists.

The first episode of James Bond Jr. finds James Bond Jr. taking his flying Aston Martin to Warfield Academy, an elite boarding school of some sort filled with characters vaguely related to the James Bond universe (call it B Team University), and presided over by a stuffy dean who takes exception to Bond Jr.’s late entrance, huffily insisting, “We do not tolerate lateness or dust-raising entrances.”

Little does the faculty know that James Bond Jr. is already neck-deep in the spy business, since he’s being pursued by Scumlord, a super villain who looks suspiciously like a cross-dressing version of The Shadow. Scumlord’s assisted by Jaws from the film series, who, in the cartoon version, boasts an entire lower jaw made of steel and a tendency to jibber-jabber up a storm, though he seldom has anything worthwhile to interject.

If it weren’t for the name James Bond being tossed around gratuitously, it would be difficult, if not impossible, to distinguish between this cartoon limply connected to the greatest spy series of all time (greater, even, than Remo Williams) and a generic action cartoon with cheesy dialogue, cruddy animation, campy villains, and a sassy teen hero in jeans and sneakers. I am no James Bond purist, but I refuse to accept any James Bond surrogate who wears sneakers; it’d be like James Bond switching things up a little little and, asking for a “Fanta, any flavor” at various bars as opposed to his preferred martini, shaken, not stirred.

The first episode of James Bond Jr. is so shameless that when James Bond Jr.’s flying Aston Martin is destroyed, his famous uncle, James Bond 007, sends him an equally snazzy car as a replacement (although, again, he’s never seen). I’d also like to think that James Bond Sr. did his part as well, congratulating his overachieving son on another successful mission by sending him a $50 gift certificate for any Margaritaville anywhere in the world. It’s really the least he could do.

James Bond Jr. is the most off-model of off-model Bonds, complete with villains who have been altered in arbitrary and annoying ways. But for the morbidly curious, it’s interesting seeing what James Bond looks and feels like filtered through the low-budget, low-ambition aesthetic of an early-1990s adventure cartoon.