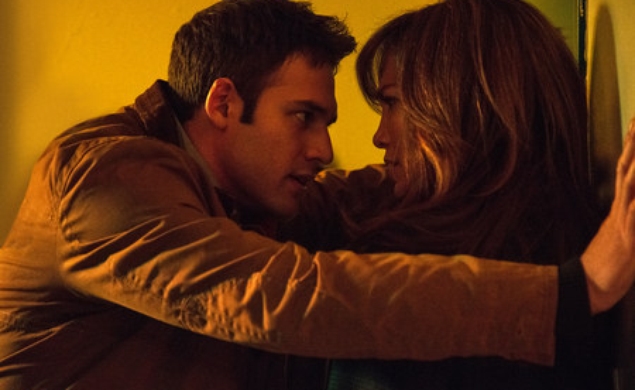 You may have heard about the forthcoming release of a little family-friendly flick called The Boy Next Door, starring Jennifer Lopez as Claire Peterson, a suburban mom who sleeps with her teenage neighbor Noah (Ryan Guzman) in a moment of weakness and is immediately and karmically punished for it. Though Claire calls the whole thing off (she was feeling vulnerable!) Noah (who’s...not from around here) won’t stop showing up at Claire’s house to taunt her with memories of their lusty romp, make cringe-worthy puns about her cookies, hack into her email account, punch walls, and light trucks on fire. In other words: Noah becomes a classic movie stalker, totally insane, unpredictable, murderous, and destructive to private property.

In honor of the release of this cinematic masterpiece, we’ve rounded up some of our favorite stalker movies from over the years. Enjoy! We’re standing right behind you.

Keith: I’m tempted to go with The Crush, if only because it portrays the life of the writer as a lot of late nights spent in front of a keyboard while chomping on a cigar. Or maybe Sleeping With The Enemy. There’s nothing funny about domestic violence, but there is something funny about a movie that goes out of its way early on to establish an evil husband as a neat freak who always makes sure towels hang just so on the rack, then lets its heroine know she’s in peril when she comes home to find the towels are all hanging at exactly the same level! And it’s probably worth it to point to this recent Hitfix article that suggests the preponderance of the stalker genre and the dearth of more sympathetic portrayals of the mentally ill skews our perception of mental illness. That said, you know what’s a pretty good movie? Play Misty For Me. Clint Eastwood’s directorial debut was ahead of the curve, pre-dating Fatal Attraction by years. It’s a sharp, tense thriller that pits Eastwood's jazz DJ against a crazed admirer played by Jessica Walter, decades before Arrested Development and Archer. It’s well-directed, too, with a lot of local color worked into the story. Come for the creepy stalkery, stay for the lovely footage of Northern California wilderness and a time-capsule-worthy trip to the Monterey Jazz Festival.

Rachel: The Bodyguard isn’t your typical stalker movie. In fact, I’d argue it isn’t a stalker movie at all—it’s a turgid ’90s love story in thriller clothing, a melodramatic fantasy, pure and unadulterated escapism. But the powder keg of forbidden lust won’t explode without a little danger, and who better than an unhinged, mysterious stalker to light the fuse (both literally and figuratively)? Enter the mysterious, unhinged stalker of Rachel Marron (Whitney Houston, as herself), a musical sensation who’s on top of the world, the charts, and her fashion game, but can’t quite figure out who’s planting doll-bombs in her dressing room. Marron hires Frank Farmer (Kevin Costner), a former Secret Service agent, to protect her, and soon, sparks fly. (Between them, but also from some more bombs—don’t forget about the stalker.) They sleep together, Farmer decides he’s being unprofessional and tries to put some distance between them, and Marron flouts his security measures in the name of getting even. But after she gets a disturbing phone call from her stalker, Marron remembers she’s being stalked and needs to handle that first, namely by rounding up her family and heading to Farmer’s father’s conveniently isolated home in the mountains. Though the movie stretches the bounds of believability before this point (to wonderful effect, I might add), this is where shit starts to get straight up silly and over-the-top. I won’t spoil the stalker reveal for those of you who haven’t seen The Bodyguard, because—if only to gaze upon the incomparable talent and beauty of Whitney Houston in her screen debut and to memorize all of the songs she sings—you should make some time for it. But suffice to say that this movie is manipulative, cheesy, kind of nonsensical, and totally unapologetic about it all, meaning, ultimately, it’s entertaining as hell.

Tasha: Late Japanese animation director Satoshi Kon specialized in hall-of-mirrors stories where fantasy and reality blur: Millennium Actress has a woman telling her life story through movie illusions. Paprika centers on a machine that lets people enter dreams. Even the comparatively straight Tokyo Godfathers brings in down-the-rabbit-hole surrealism. And all these films are phantasmagoric and disturbing, even when they’re comic. Kon’s directorial debut, Perfect Blue, isn’t nearly as wild or joyous as his later work: It’s a grim noir about a teen J-pop idol who tries to start a serious acting career, and picks up a furious, murderous stalker who feels she’s betrayed the pure ideal she used to represent. Before long, that stalker has stolen her identity, in several different ways that break her down, to the point where once the murders start, it’s initially unclear whether her stalker is doing the killing, or she is. There’s a lot of graphic ugliness in Perfect Blue, dealing with male entitlement, media exploitation of women’s bodies, the sometimes-manic proprietary feeling fans can have about artists, and the dangers of working in artistic fields dedicated to illusions, and built on compromise. But one of the best things about Perfect Blue is the way it refines its messages toward the end, revealing some of these elements as beside the point in the real story. It’s a dizzying experience, full of disturbing dream-states and creepy memorable images.

Nathan: Martin Scorsese’s 1982 pitch-black comedy The King Of Comedy centers on a fan and aspiring stand-up comedian named Rupert Pupkin (Robert De Niro), whose narcissistic, obsessive connection with his hero, Jerry Langford (Jerry Lewis), turns pathological and, soon, criminal. Pupkin decides to team up with an even more deranged, even more obsessive fellow fan played by Sandra Bernhard to kidnap Langford as a way of kick-starting his own DOA career as a stand-up comedian. Scorsese, aided by Paul D. Zimmerman’s script, plays around with objectivity versus subjectivity, never letting audiences know whether what’s happening onscreen is an actual reflection of an uncomfortable reality or one of Pupkin’s delusions of grandeur. It’s a companion film to Taxi Driver that may even be creepier, and more disturbingly true to life, than Scorsese and De Niro’s earlier masterpiece.

Scott: We never see the stalker in Michael Haneke’s deeply unsettling thriller Caché—until maybe the end, though that’s for movie sleuths to sort out—but his presence is felt by the audience just as surely as it’s felt by the family he’s tormenting. Daniel Auteuil and Juliette Binoche star as a Parisian couple that receives a mysterious videotape. Its contents: A static shot of the front of their apartment. More videotapes start arriving, however, each one further opening up a narrative that stretches back to Auteuil’s childhood. As the mystery of who’s sending the tapes and why deepens, Haneke uses the tension to get into substantive themes of French-Algerian relations and the breakdown of a bourgeois family. He also delivers two of his characteristic shocks, which suck all the oxygen out of the room.