Will Batman be in the Suicide Squad movie? 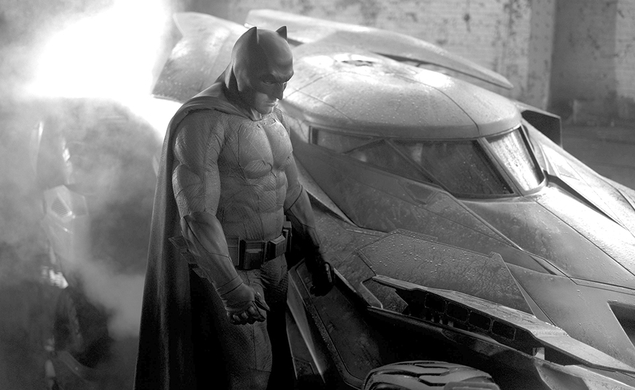 Rumor: Batman will make an appearance in the Suicide Squad movie.

Evidence: “I’ve heard for weeks that Batman will appear in Suicide Squad, supposedly in an in-story scene, likely at the end of the film and focused on certain circumstances involving the Joker (which I won’t spoil here).”

The Speculometron’s calculations: “I’ve heard” is pretty flimsy evidence for any movie rumor, but let’s not dismiss this one yet. Forbes contributor Mark Hughes works the superhero movie beat and prides himself on knowing what’s what. He drops this bit of information on the heels of a Latino Review article revealing some alleged plot points about Warner Bros.’ Suicide Squad. Included in that post is a mention of Batman appearing in video footage, but Hughes suggests Batman’s presence will be a bit more corporeal.

It doesn’t seem unlikely. The Dirty Dozen of DC’s comic-book universe, Suicide Squad is a team of bad guys compelled to work, covertly, for the U.S. government under the command of Amanda Waller (played in the film by Viola Davis). The lineup for the team has varied over the years, but the film incarnation will feature several Batman and Batman-adjacent rogues, namely Deadshot (Will Smith), Harley Quinn (Margot Robie), and The Joker (Jared Leto). Hughes goes on to suggest that Batman’s appearance could set up the first Batman solo film starring Ben Affleck, due to take over the role in Batman V. Superman: Dawn Of Justice next year.

There’s a logic to setting up a solo Batman film at the end of Suicide Squad, and to putting Batman in a movie based on a lesser-known DC property. It fits a pattern, too: Warner Bros. is attempting to emulate Marvel Studios’ long game, letting one film set the table for the next. Wonder Woman appears in Dawn Of Justice ahead of her solo film, which in turn leads to a Justice League movie, which in turn leads to individual solo superhero movies, then another Justice League movie and so on into infinity, until eventually even Detective Chimp and Prez: First Teen President Of The U.S.A. get their own movies. On the other hand, there’s currently no solo Batman movie scheduled, and Affleck is a busy guy. But also consider this: If he were truly getting into character as Batman, Affleck would want to give every appearance he wouldn’t be in Suicide Squad, and then swoop in while maintaining the element of surprise.