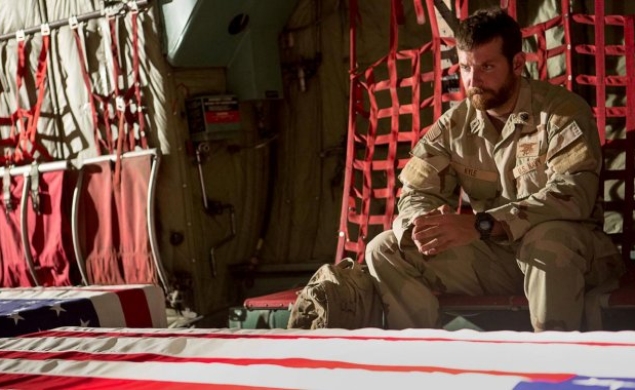 Clint Eastwood’s American Sniper “hit the target” at the weekend box office, sniping its way to $108.7 million in domestic box office so far. To provide some sense sense of perspective: American Sniper made nearly $90 million over its opening weekend, while Avatar only pulled in $77 million.

This makes American Sniper the top-grossing January debut of all time. The film’s explosive success even surprised Warner Bros.: The Hollywood Reporter quotes Warners domestic distribution chief Fellman as saying, “It is a cultural phenomenon and a perfect storm. If you would have told me we’d do these numbers, I would have replied that you were smoking something. [Ed note: Fellman is most likely alluding to marijuana, or possibly PCP.] This is the first ‘real’ superhero movie. It performed well in every market, from the smallest town to the biggest cities.”

Fellman’s reference to American Sniper’s protagonist, and the co-author of the memoir upon which the film is based, Navy SEAL Chris Kyle (Bradley Cooper), speaks to the controversy dogging the film. While the right-wing has hailed Kyle as a hero and warrior, a “real life superhero” as it were, others doubt the veracity of many of the claims he made in the book. For example, he claims to have punched Jesse “The Mind” Ventura—an assertion that so bothered the wrestler-turned-activist-turned-politician-turned-television-host that he sued for defamation and won $1.8 million dollars—and refers to the Iraqis he killed as “savages and despicably evil” in his best-selling memoir.

THR ascribed the film’s runaway success to a number of factors, including a big Oscar bump—the film was nominated for six Oscars, including Best Picture and Best Actor—and an impressive A+ on Cinemascore. The film was only expected to make something in the $45-$50 million range, so it’s exceeded even the most feverishly optimistic expectations; the film is Eastwood’s top-grossing debut of all time. But it remains to be seen whether American Sniper can maintain this level of heat or if the controversy centered on its author—who was killed recently by a veteran with PSTD—will help or hurt it.