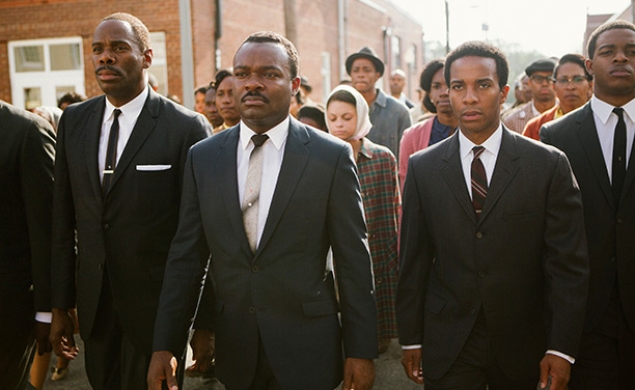 Now that the Academy Of Motion Picture Arts And Sciences has released its nominations for this year’s Academy Awards, the Oscar conversations can begin in earnest, based in concrete information rather than hopeful prognostication. As always, the nominations have already generated a lot of talk about the year’s big snubs, and slightly less talk about the pleasant surprises, of which there are just as many (though, not surprisingly, none of our long-shot awards hopefuls are anywhere in the nominations). In the interest of balance, today we’re highlighting both the disappointments and delights of this year’s nominations, the snubs we feared alongside the surprise nominations we were hoping for but not expecting. In no particular order:

Keith: When we brainstormed ideas yesterday, I was concerned that focusing on the snubs might be too narrow approach to make to the Oscars this year. I needn't have worried: This morning's nominations produced one “But what about ___?” after another. I know others want to talk about some of the big ones, so let me start off this discussion with one of the less immediately glaring snubs: Mr. Turner. I was heartened that Mike Leigh's rich biopic of J.M.W. Turner received a few early nods, particularly the Dick Pope (or “Poop,” as it was read) nomination for cinematography. But that didn't translate into nominations further up the line that would have made sense, namely Mike Leigh for Best Director and, especially, Timothy Spall for Best Actor. It’s the performance of Spall’s career and it’s a shame to see it go unrecognized. I was heartened, however, by Marion Cotillard’s recognition for Two Days, One Night. It was kind of predictable in that she's been nominated, and won, before, but anything to shine some light on the Dardenne brothers’ movies is okay by me.

Tasha: For decades now, the Best Screenplay categories have been seen as the ghetto where the really smart films go—the greats that often don’t get any other major Oscar nominations, because they’re too unconventional or offbeat or weird or daring for the notoriously conservative Academy. It’s strange that Best Picture is starting to look like that same kind of let’s-throw-them-a-bone category. Selma is up for Best Picture, and it still feels like a snub, because it’s so strangely absent from the other major categories, in spite of its crackerjack direction and editing, its striking cinematography, its convincing period costuming and recreation of setting, and a smart script that brings across Martin Luther King’s charisma and his political calculations without using any of his famous speeches. Selma being largely ignored outside of Best Picture and Best Song nominations suggests it won’t win either; its nomination there looks like an afterthought. It’s frustrating; it’s one of the year’s strongest pictures, and one of its most politically and socially relevant, and it feels as overlooked as a Best Picture nominee can possibly be. In the not-overlooked category, though, I’m immensely relieved and delighted to see Song Of The Sea on the Best Animated Feature list. Like Tomm Moore’s previous film, The Secret Of Kells, it won’t win, but it will catch the attention of millions of people who wouldn’t have otherwise known about it. The eye-popping Oscar clip of Kells was what drew my attention to Moore’s work; the same thing will happen to many people who see even a few seconds of Song Of The Sea on the Oscar broadcast.

Genevieve: I know it’s foolish to expect The Academy to diverge from the expected, establishment choices, but I am a little bummed about the lack of imagination in the Original Score category, which recognizes eight-time nominee Alexandre Desplat twice, and Oscar-winner Hans Zimmer once, alongside relative newcomers Gary Yershon for Mr. Turner and Johann Johannsson for The Theory Of Everything, both of which had just fine, but not particularly memorable, scores. Notably missing from this list, though, is Mica Levi for her weird, woolly, wonderful score for Under The Skin, a movie I was not as hot on overall as everyone else, but whose score is undeniably memorable and boundary-pushing. Levy’s score is not only innovative and of a piece with the movie, it actually elevates the movie significantly. Under The Skin was shut out of the Oscars completely, which isn’t that surprising—it’s not exactly awards-bait—but I was holding out hope that the Academy might at least recognize one of the most accessible and notable aspects of the film. Plus, I can’t lie, it would be nice to see some non-dude faces in this category, or most categories, for that matter—see also Best Adapted Screenplay’s lack of recognition for Gillian Flynn’s Gone Girl script. However, I’m glad that movie is at least getting recognition via Rosamund Pike’s performance, which was my favorite of last year, but I feared was too cold and prickly to get Oscar recognition; I’m thrilled to be proven wrong, though I do think she’s the long shot in this category. Hopefully I’m proven wrong again.

Nathan: When I first saw a commercial for The Lego Movie after a commercial for a movie starring the Coca Cola Bears, it felt like a new nadir in product-placement, where product-placement wasn’t just smuggled into a movie but rather was the movie in its entirety. So I was as surprised as anyone when The Lego Movie soared above even the highest expectations to become a dazzlingly conceived, riotously funny, and thoroughly irreverent delight that did justice to the world-building and imagination of kids playing with their first Lego set while commenting on the need for play and goofiness in a smart, meta way that didn’t feel at all pandering. Much of the credit belongs to directors Phil Lord and Christopher Miller, who specialize in projects that sound terrible on paper but turn out great (the Cloudy With A Chance Of Meatballs and the 21 Jump Street series) along with a crackerjack voice cast that found just the right note of gleeful parody to play. The film was universally beloved, but perhaps the Academy felt the half-billion the film made was reward enough.

I’m pleased that Ethan Hawke and Patricia Arquette were nominated for their low-key performances in Boyhood. Usually nominations and awards are given for the most rather than the best acting, but Hawke is surprisingly nuanced as a fundamentally loving and involved dad who takes a little while to get his shit together, while Arquette is the bedrock upon which the film is built; anyone who doesn’t cry during her final scene just isn’t human.

Rachel: Come on, Academy. What do you have against Steve James? No love for the director’s fierce and moving The Interrupters. A teensy film-editing nom (but no win) for the powerful Hoop Dreams. And now a total shutout for Life Itself. The Documentary Feature category is, arguably, stocked with other deserving films—Citizenfour, Last Days in Vietnam, Virguna, The Salt Of The Earth, and Finding Vivian Maier—but it’s very conspicuously missing James’ much-praised Roger Ebert documentary, which follows the acclaimed movie critic’s final days and made the Oscar shortlist in December. For me, what made Life Itself so compelling was James’ refusal to take the easy way out. Rather than turn the doc into a glowing, sentimental puff piece on Ebert—a dying man who was one of the most beloved journalists of his generation—James looked deeper, and subsequently captured a complex portrait of Ebert as a human being obsessed by death but not afraid of it, a cocky youth who drank and womanized to excess, a professional adult who wasn’t above petty sniping with his longtime co-worker (Gene Siskel). In other words, James made Ebert real to us, and in the process, turned the documentary into a larger meditation on the nature of life and death. Near the end of the documentary, when Ebert starts to fade, it’s all the more painful because of it.

But! I’ll give you credit, dear Academy, for the nine nominations you bestowed upon The Grand Budapest Hotel, which is one of my favorite movies of the year and one of Wes Anderson’s best. Like almost all of Anderson’s work, it moves fluidly between whimsy and melancholy, and manages to be both heartwarming and heartbreaking at the same time. And, of course, it’s beautiful, rife with meticulously plotted, stunning set pieces and characters equally vibrant in personality and dress. So it’s fitting that the Academy recognized it for Best Picture, Best Director, Best Cinematography, Best Original Screenplay, Best Makeup and Hairstyling, Best Original Score, Best Film Editing, Best Production Design (getting tired over here, guys), and Best Costume Design. I won’t quibble over a Ralph Fiennes nod—no, wait, I will. Where’s his nod?! We almost had it all, Wes.

Scott: Let me accentuate the positive first: No one had ever ventured to adapt Thomas Pynchon to the screen—not even David Cronenberg, who lives to adapt the “unadaptable” (e.g. Crash, Naked Lunch, Cosmopolis)—but now Paul Thomas Anderson has a Best Adapted Screenplay nomination for Inherent Vice, which no one could accuse of oversimplifying a complex text for the clarity’s sake. The Academy has a history of reserving its funkier nominations for the screenplay category, but Inherent Vice represented an imposing challenge, because the shaggy-dog plotting is so multi-layered that it can’t be sorted out on first viewing (or even second). Anderson’s script is not only dense, but elegant in the way it incorporates voiceover and flashback, and locates in Pynchon’s story a true melancholy about its changing SoCal milieu. As for the many whiffs, I’ll single out Jake Gyllenhaal in Nightcrawler. While the Best Actor category is particularly stacked this year, with leftovers like Timothy Spall and David Oyelowo every bit as good as the final five, Gyllenhaal’s deranged, often hilarious performance as a madly ambitious freelance news videographer is the best thing about a film that did pick up an Original Screenplay nod, so it’s not like voters didn’t get a chance to see it. Gyllenhaal has always been under-regarded as an actor—he was Heath Ledger’s equal in Brokeback Mountain—and this seems like par for the course.