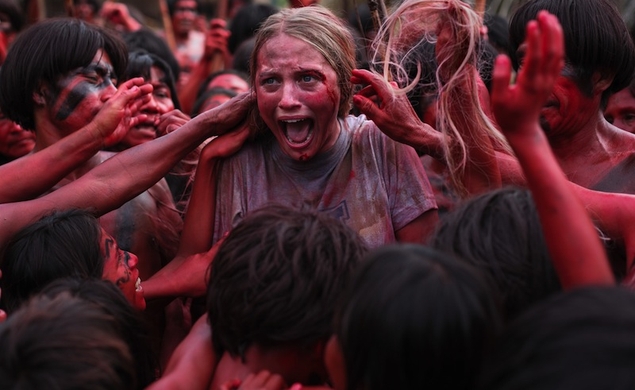 Ladies and gentlemen, have we learned nothing from The Mortal Instruments: City Of Bones? You have to wait until after your film is a huge hit to start making the sequel.

Or not. Just days after its world première at the Toronto International Film Festival, Eli Roth’s new horror movie, The Green Inferno, has a distribution deal (with Open Road Films) and a sequel. Beyond The Green Inferno will, per The Hollywood Reporter, be directed by Nicolas Lopez, who co-produced the first movie and directed Roth in last year’s Aftershock. Here’s Roth’s comments to THR about the sequel, which he will produce and co-write with Lopez and Guillermo Amoedo.

“We quickly learned there’s an entire world of stories, legends, myths and monsters in that jungle. It’s endless. Living in isolation, we saw firsthand just how far and deep we could take the world of The Green Inferno. I’m thrilled to hand the directing reins to Nicolas Lopez, who has been a key part of my creative team from the beginning of this project and I know will make an incredible film.”

As for the first Inferno, Roth’s homage to early 1980s Italian cannibal horror movies, The Dissolve’s Scott Tobias saw it at Toronto and found it to be far from incredible. He gave it a decidedly mixed review and said it felt “more like a first film than Cabin Fever did” while still acknowledging  “that it’s easy to… luxuriate in the excess.” And when it comes right down to it, what’s more excessive than a sequel to a movie that almost no one’s seen yet?