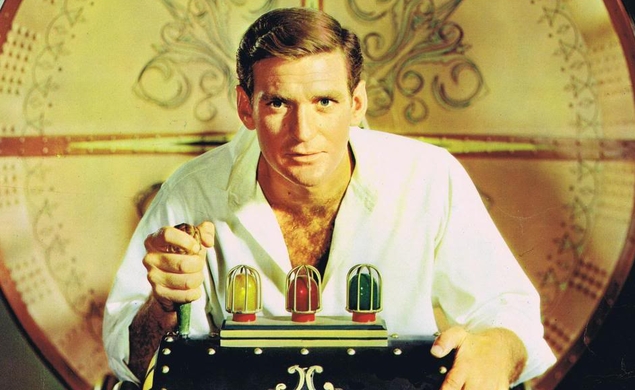 Every actor has stories about the big roles that got away, and Rod Taylor, who died Jan. 7 a few days shy of his 85th birthday, had at least two of them. When James Dean died, he was up for the role of boxer Rocky Graziano in the 1956 film Someone Up There Likes Me, a part that eventually went to Paul Newman. Then in the late ’60s, he almost won the lead role in Planet Of The Apes, but lost out to Charlton Heston. Neither loss got in the way of Taylor having a memorable career, however.

A descendant of English explorer Captain Charles Sturt—whose 1951 short biopic, Inland With Sturt, marked Taylor’s film debut—Taylor became a fixture on Australian radio in the 1950s. His dramatic chops earned him a trip to London in 1954, but he decided to skip his connecting flight and stay in Los Angeles. He quickly found work there, and by the beginning of the next decade was earning the roles for which he’d be remembered.

Released in 1960, George Pal’s adaptation of H.G. Wells’ The Time Machine is one of the special-effects pioneer’s best films. With his combination of athletic physique and thoughtful demeanor, Taylor made an ideal choice to play its brainy man of action. Whether encountering the beautiful Yvette Mimieux or the horrifying Morlocks, Taylor brought a proper sense of gravity to the role, keeping Pal’s wild visions grounded in human drama.

Taylor employed a similar quality in Alfred Hitchcock’s 1963 film The Birds, in what could have been the thankless role of that film’s hero. While Tippi Hedren and others melted down in the face of the bird attack, Taylor had to remain the calm center while the world around him fell apart. He did so, but in such a way that suggested the terror got to him more than he cared to admit. Two years earlier, he’d been similarly effective playing a role from another branch of the animal kingdom: Pongo, the dalmatian patriarch in Disney’s One Hundred And One Dalmatians.

Elsewhere in the ’50s and ’60s, Taylor played opposite everyone from Shirley MacLaine to Elizabeth Taylor to Maggie Smith. By the ’70s, he’d begun alternating film and TV work, including a long stint on Falcon Crest in the ’80s. He later eased into a state of semi-retirement, resurfacing in projects like the Australian comedy Welcome To Woop Woop and in four episodes of Walker, Texas Ranger. In 2009, he had a memorable final role as Winston Churchill in Quentin Tarantino’s Inglourious Basterds. It was one last smart, tough guy to cap a career defined by them.