B^F: The Novelization Of The Feature Film looks page-by-page at a quickie novelization 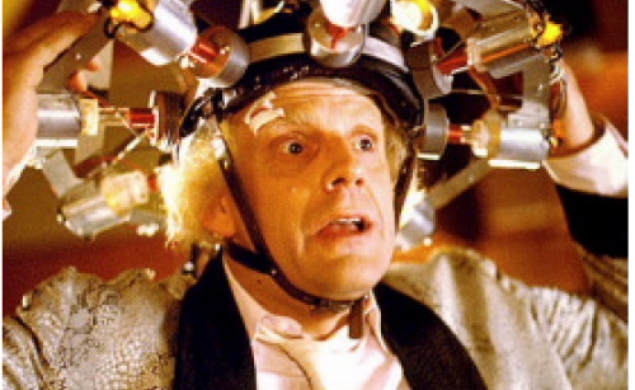 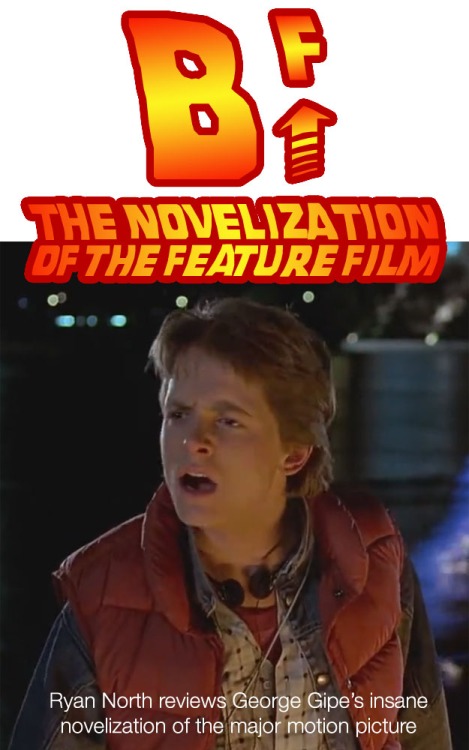 That announces it as several layers removed from Back To The Future as we know it even before we get to North’s commentary, a page-by-page evisceration of Gipe’s novelization. I’ve had my eye on B^F for a while, because I hoped that North had discovered a genuine pop-culture aberration—an astonishingly bad, off-model mutation of a nearly universally beloved movie landmark, something on par with The Star Wars Holiday Special, Atari’s notorious E.T. videogame, and the Sgt. Pepper’s Lonely Heart’s Club Band movie. North certainly seems to feel he’s stumbled on such an aberration, something that inspires both intense cognitive dissonance—how could something so terrible have been spawned by something so great?—and the need for this manner of obsessive, endless analysis.

I was disappointed to discover that North, a writer of much-liked comics, had seemingly found no such thing. North works up a furious sweat trying to posit Gipe’s novelization as so bizarrely terrible that it’s hard to believe it exists and must be mocked into oblivion. Yet judging by the samplings of Gipe’s novel included within the text—which are often juxtaposed with dialogue or scenes from the movie—it seems more like Gipe, a journeyman writer whose resumé includes the novelizations of Gremlins and Melvin And Howard and co-writing credits alongside Steve Martin & Carl Reiner on Dead Men Don’t Wear Plaid and The Man With Two Brains, pounded out a mediocre novelization based on an early draft of the film’s script in a couple of days purely for the money. It doesn’t deserve the over-the-top mockery or support the kind of extensive, almost line-by-line japery North subjects it to.

Truth be told, Gipe’s Back To The Future doesn’t seem that wildly dissimilar from Zemeckis’ film. Some of the changes are superficial, yet enough for North to harp on endlessly—like Marty McFly wearing green shoes instead of a puffy vest—yet ultimately insignificant. North’s writing style veers dispiritingly close to generic online snark. He capitalizes to emphasize just how CRAZY and HILARIOUSLY TERRIBLE something is supposed to be (when, in actuality, most of what North finds so jaw-droppingly awful it must be held up for ridicule is merely clumsy and workmanlike), adopts an attitude of condescension, and offers endless digressions.

In North’s mind, Gipe’s crimes against Zemeckis’ film are legion: clumsy foreshadowing, spelling everything out in the most literal way imaginable, wooden writing, bad dialogue, and, perhaps most perplexingly, what North calls Old-Man-Itis, a condition in which a writer uses anachronistic phrases from olden times rather than the hip young-person-speak North seems convinced should be used to convey the mind and attitude of Marty McFly. He accuses Gipe of making McFly a wisecracking asshole and Doc Brown a leering creep. He’s not off base in some of his criticisms, but his gripes seem insanely over the top, and his frequent complaint that Gipe uses more words than are necessary and belabors the obvious can’t help but seem disingenuous considering his thoughts on Gipe’s novelization would fit an 800-word online article far more snugly than a book that runs 250 pages. What is meant to be a witty and irreverent literary spanking of a lost pop-culture atrocity quickly comes to feel more like a grueling endurance test.

I do not want to be guilty of North’s wildly excessive, self-indulgent verbosity myself, so I’m going to cut this short and say don’t read North or Gipe’s book. Instead, re-watch Back To The Future. It’s really good and as tight and perfectly constructed as North’s e-book is endless.