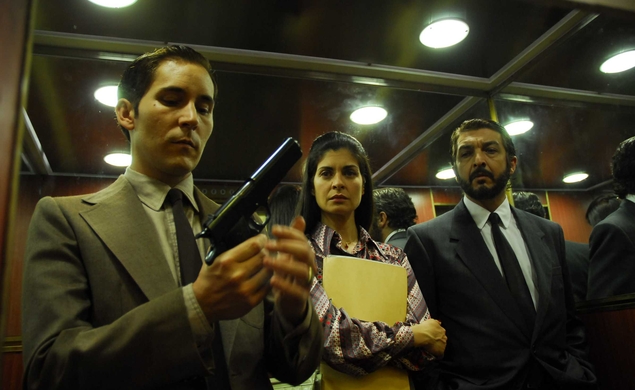 The year: 2010. The place: Hollywood’s Kodak Theatre. The 82nd Academy Awards produced a bumper crop of unusually strong nominees for the Best Foreign Language Film prize. Golden Bear recipient The Milk Of Sorrow (originally titled La Teta Asustada, which translates back as The Frightened Teat, a title they really should’ve stuck with), Palme d’Or recipient The White Ribbon, Cannes Grand Prix winner A Prophet, and Camera d’or Special Mention designee Ajami all ended up as also-rans. The award would go to a tightly wound Argentine crime thriller with a political bent called The Secret In Their Eyes. Directed by House and Law And Order stalwart Joan José Campanella, the film, originally titled El Secreto De Sus Ojos, was a runaway hit in its home country, and is now poised for a resurgence of domestic popularity as well.

The Secret In Their Eyes will get an English-language remake courtesy of American director Billy Ray (not to be confused with this fellow), with a starry cast to boot. Chiwetel Ejiofor, Julia Roberts, and Nicole Kidman will star in the remake, which is set to begin shooting during January in Los Angeles. A report from Deadline indicates that Ejiofor will play “a former district attorney who returns to L.A. on a joint task force with the FBI, still obsessed with the unsolved murder that continues to haunt him. As he inches closer, he uncovers a shocking truth that will shed a terrifying new light on past events.”

Anybody who’s seen the original can attest to the accuracy of the words “shocking” and “terrifying.” Better still, Ray’s past résumé suggests that the frequent screenwriter (the man’s credits include The Hunger Games and Captain Phillips) would gibe well with the material. Phillips in particular thrived on a quivering undercurrent of tension—the same engine that powered the white-knuckle Secret In Their Eyes.

Shooting from a $20 million budget, this could be a compelling project to keep an eye on, perhaps a year from now. When it comes to Chiwetel Ejiofor, though, all news is good news.