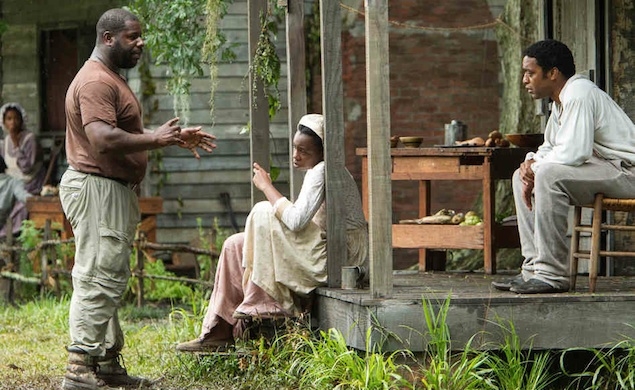 Sit down. Are you sitting down? Sit down again. After months of relatively little news about Oscar-winning director Steve McQueen, we’ve suddenly been flooded with word on not just one, but two entirely new feature film projects from the 12 Years A Slave filmmaker. It’s the golden age of Steve McQueen news!

Just yesterday, word hit the wire that McQueen (and also new best pal Harry Belafonte, in what will easily be the week’s best piece of bro-centric news) is working on a biopic of singer, actor, and Civil Rights activist Paul Robeson. At the time—mere hours ago—it was believed that the film would be McQueen’s next outing. Not so, as the filmmaker has signed on for a film that will actually get into pre-production before the year is even out.

The Wrap reports that McQueen will next take on a big-screen adaptation of the British miniseries Widows. McQueen will write, direct, and produce the project, which is billed as a “heist thriller.” The original series came care of BAFTA-winning scribe Lynda La Plante, so McQueen already has a hell of a pedigree to work from.

The series “follows four armed robbers who are killed during a robbery and their surviving spouses come together to try to finish the failed job.” A heist thriller with revenge overtones from McQueen? We’re swooning.

The film will reportedly go into pre-production before the year is out, so perhaps we can expect to see a brand new McQueen before 2015 wraps up. With the Robeson news still swirling, we may even have a pair of McQueen features to enjoy in the coming year. Christmas has come early!