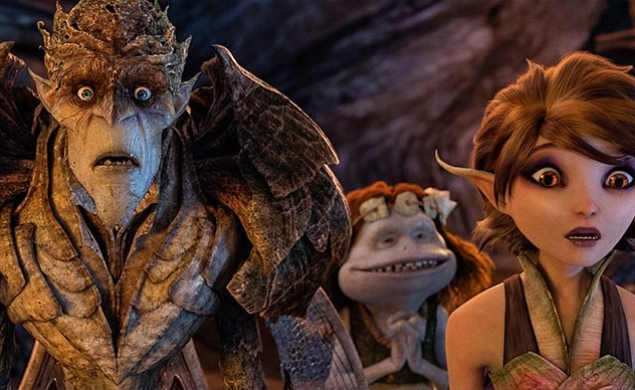 Making an animated film is seldom an easy process and never a quick one. Even in our age of wonders, one that doesn’t require hundreds of tired, chainsmoking artists to hunch over drawing boards as they draw every frame of a feature-length cartoon, they take years and considerable manpower to create. Yet occasionally something unexpected will sneak through, as with today’s surprise announcement that an animated feature named Strange Magic will be released on January 23, 2015. As in two and a half months from now. And not just any animated feature: This one comes from Lucasfilm and follows a story dreamed up by George Lucas himself.

Here’s what we know (and it’s not much beyond the details revealed in a Variety article): The movie was already in the works when Disney purchased Lucasfilm in 2012. It will be directed by Gary Rydstrom from a screenplay by Rydstrom, David Barnebaum (Elf), and Irene Mecchi (Brave, The Lion King). It’s inspired by A Midsummer Night’s Dream and will feature “popular songs from the past six decades” (presumably at least one of them being E.L.O.’s “Strange Magic”) and a “tale of a colorful cast of goblins, elves, fairies and imps, and their hilarious misadventures sparked by the battle over a powerful potion.”

To back up: Gary who? Rydstrom is, as Cartoon Brew notes, both a “revered sound designer” (having worked on everything from Terminator 2 to Jurassic Park) and no stranger to animation: His U.F.O.-themed short “Lifted” appeared in front of Ratatouille in 2007, and he was scheduled to make his feature debut directing Newt, a now-abandoned Pixar film that exists only as a beautiful Facebook page. Instead, Rydstrom helmed the 2011 short “Toy Story Toons: Hawaiian Vacation,” which ran with Cars 2 in 2011.

In 2012, Lucas announced his intention to retire and make experimental art films. It was the latest in a series of similar announcements. Instead he sold his company, got married, planned a cool-looking museum to be built in Chicago, and dreamed this up. Strange Magic doesn’t appear to be either experimental or particularly arty, but it also doesn’t look much like anything Lucas has worked on before. (Possible exception: Willow.) Maybe retirement is just code for a new, unpredictable, Star Wars-lite phase of his career.